Will Aladdin secure his place in Rukhsar Begum’s Paatshala? 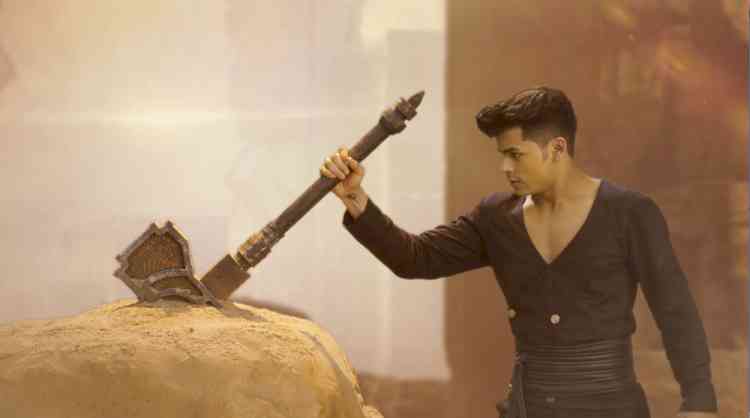 Aladdin (Siddharth Nigam) and Yasmine’s (Ashi Singh) skills will soon be put into test by none other than headmistress Rukhsar Begum (Smita Bansal). Sony SAB’s fantasy drama Aladdin: Naam Toh Suna Hoga surprised viewers with a new storyline that showcased the mesmerizing reincarnation of Alasmine. With Aladdin’s rebirth as Shehzada Aladdin and Yasmine’s reincarnation as the saviour of the poor aka KaaliChorni, the show continues to feature adorable banter between the beloved duo, much to the audiences’ delight. Adding to this is the unique camaraderie between Aladdin and Ammi aka Rukhsar Begum.

In a bid tofulfil their mission ofstealing Baghdad’s crown, Yasmine and Aladdin are forced to join the school run by Ruskhar Begum. But securing a place in this school is not that easy, Aladdin will have to prove his merit and capabilities to be crowned as the chosen one. Rukhsar sets a challenge for Aladdin where he needs to lift the legendary hammer. On the other hand, Shehzada Aladdin is not motivated to stay in Baghdad and go through these tests, little does he know that this test holds the key to a greater mission and his destiny.

On the other hand Genie of the Ring(Praneet Bhatt), senses Aladdin’s lack of motivation and decides to take matters in his own hands to encourage him to finish the task. He informs Aladdin that the only person who can teach him how to acquire the crown of Baghdad is Rukhsar Begum. Considering this as a quick road to complete his mission and return to Turkistan, Aladdin with Ginoo’s magic decides to take on the challenge of the legendary hammer. What Aladdin is unaware of is no magic can help him pass this challenge.

Will Aladdin succeed in lifting the hammer and get one step closer to his mission? Is Aladdin the chosen one?

Siddharth Nigam, essaying the role of Aladdin said, “Shehzada Aladdin and Rukhsar Begum have started their journey on the wrong foot. They dislike each other and this new task in front of Aladdin is a challenge he doesn’t want to take. But it will be exciting for our viewers to watch how Aladdin plans to finish this task. It has been an exciting week on the sets and these episodes will reveal new characters – Sheefan and Koyal. It has been an absolute delight working with both the artists. What I am really enjoying is this new relationship that Aladdin shares with Rukhsar Begum, me and Smita mam have a lot of fun while shooting and this new chapter has brought a refreshing change in our characters, although we continue to have the same masti on the set as usual. Now I can say that our reel and real life rapport is entirely opposite. Stay tuned and root for Aladdin so he can accomplish this task.”