What is Bill of Lading: Definition & Importance 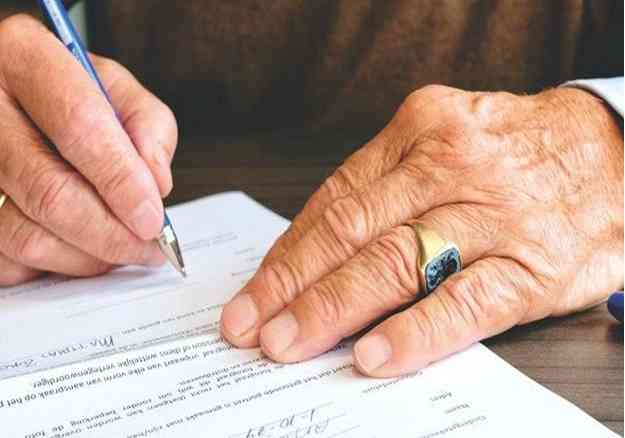 The international shipping industry is one of the most systematically organised businesses which works in the interest of the world economy. It is vital for the growth and development of a country which is why every step is documented very carefully. Out of all the crucial pieces of paper that hold a significant part in the shipping process, Bill of Lading is also one. It is a legally-binding bill that comprises all the important information related to the goods being traded and the parties involved. Every trader and person associated with the shipping industry must know about the Bill of Lading meaning and its purpose.
If one makes an acute observation, the Bill of Lading meaning is in its name. It explains that the document is necessary when the freight is ready to board the ship, aircraft or any inland logistics for transportation. There are various types of Bill of Lading, and each of them serves a specific purpose to the traders and shippers. For every person who wants to sustain in the trade sector successfully, it should be a priority to understand the definition and importance of the bill.
The traders must ensure the accuracy of the Bill of Lading before sending it across to the shipper.
Bill of Lading Meaning and Types
The document that a freight carrier or any of his authorised agents issues to the shipper as a legal contract of the carriage is what we term as the Bill of Lading in the shipping industry. It is commonly abbreviated as BL or B/L. The Bill of Lading meaning also states that it must be presented at the time of delivering the cargo. The most common types of B/L are:
●    House Bill of Lading - This document is in the name of the consignor (exporter) and the consignee (importer) which the freight forwarder or NVOCC (Non-Vessel Operating Common Carrier) issues against a freight shipment.
●    Master Bill of Lading - In this bill, the consignee is the carrier of the importer and the consignor is the carrier of the exporter if the House BL is not issued. This Bill of Lading is more detailed with the information about the cargo and carrier as well.
●    Straight Bill of Lading - When a buyer or importer makes an advance payment of the freight the straight BL is issued. This is a non-negotiable instrument.
●    Clean Bill of Lading - The carrier is liable to issue the Clean BL to claim that he received the freight in a good condition.
●    Order Bill of Lading - The Order BL is the most common type of all, given it is negotiable as the consignee has the rights to pass the rights of receiving the consignment to any third party. However, he has to clearly announce the receiver that he chooses.
●    Bearer Bill of Lading - The Bearer BL is to officially claim the third party who is held responsible for receiving the consignment. The “bearer” in the bill is the one who will receive the freight shipment on behalf of the actual consignee.
Importance of Bill of Lading in Shipping
After one clearly understands the Bill of Lading meaning, it is also important to know why it is so important to the shippers and traders.
Evidence of the Carriage Contract
A lot of new traders hold the misconception that the Bill of Lading meaning serves as a piece of contract evidence between the exporter and importer. However, it is evidence of the contract between the exporter (owner of the goods) and the carrier (freight forwarder). It legally mandates that the carrier agreed to the terms of shipment and is liable to ship the goods safely to the consignee.
Serves as a Receipt of Freight
The carrier or his agent or any logistics service provider who is responsible for shipping the freight issues the Bill of Lading to the freight owner. Therefore, it is a receipt of payment and proof that the goods are safe with the carrier.
Used as a Document of Title
The Bill of Lading meaning is also that the carrier or whosoever is the holder of the document has the title to the goods. That is, he owns the rights to receive and claim the goods. However, this title may differ as per the terms of the bill as well as the shipping contract. How the bill is received and issues also make a difference.
It Is a Lawful Statement
The Bill of Lading also serves a lawful statement to ensure that none of the parties involved in the process can make fake claims of losses. The interest parties can also use it as proof in case of unforeseen disputes.

The Bill of Lading meaning and significance in the shipping process is much more than what just meets the eyes. The carrier also plays a crucial role in ensuring the safety and timely delivery of the goods. Therefore, every trader must consider the BL very carefully while agreeing to the terms of shipment.

OPINION: LMC authorities go to any extent to save the field...