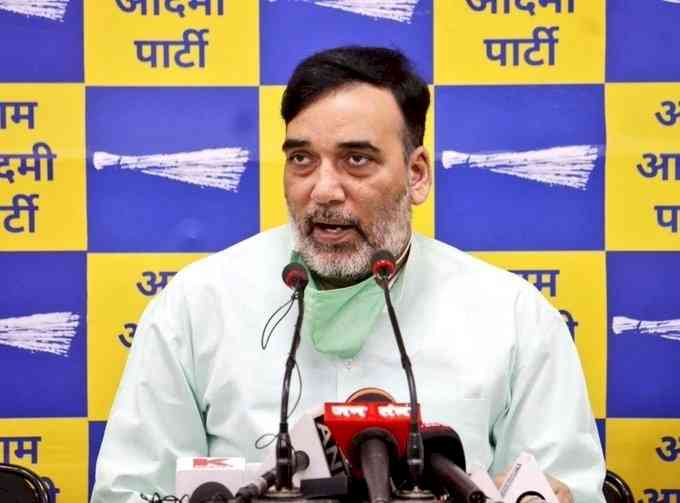 New Delhi, Oct 24 (IANS) Unlike the Municipal Corporation of Delhi (MCD) polls of 2017, the Aam Aadmi Party is not inexperienced on the civic front anymore, party's Delhi Convener Gopal Rai said on Sunday.

"The situation of both Assembly and MCD elections is different now. In 2017, AAP was inexperienced and that is why it could not perform very well. Even the masses wanted to give another chance to the BJP then, but the situation is entirely different now," he said.

"It is MCD's responsibility to keep the city clean, fog and spray chemicals to kill larve so as to avoid breeding of dengue mosquitoes, but BJP failed on all these fronts," he said.

"Based on our mohalla sabhas (meetings), we have reviewed the work done in every Assembly segment and currently are working on a report to come up with even bigger campaigns after Diwali. People of Delhi want change in the corporation and we will deliver on that," he added.

Ahead of the MCD polls, both the AAP and the BJP are busy taking potshots at one another over cleanliness and rising dengue cases in the capital, and claiming that if voted to power, they will ensure a neat, clean and healthy city.

Just last week, Delhi reported its first death due to the vector-borne disease. So far, more than 240 cases have been logged in the city.

Meanwhile, the civic body said that they are taking due precautions and measures to curb the spread of the disease. They have been conducting surveys and fogging areas which are reporting dengue cases.

Nobody will be allowed to scuttle peace and progress in J&K: Shah