As no examination was held this year owing to the Covid situation, the council had announced the results based on an evaluation system in which 18,000 students had failed. 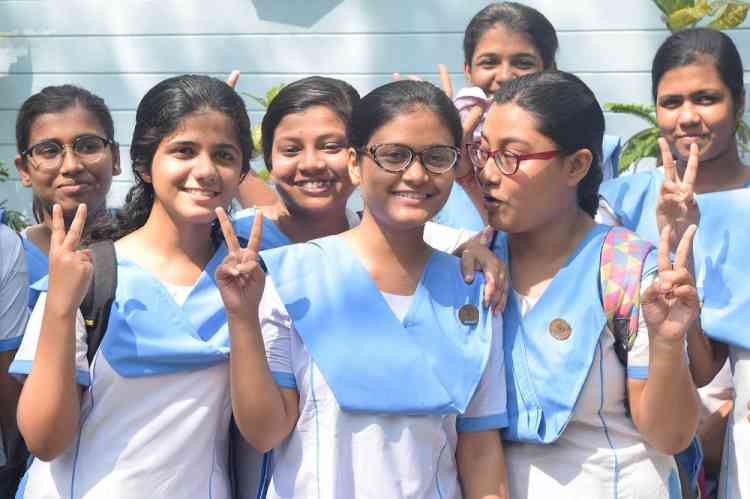 Kolkata: In a bizarre development, the West Bengal Council for Higher Secondary Education (WBCHSE) has allowed all the students who had failed to qualify in the Higher Secondary (Class 12) examination.

As no examination was held this year owing to the Covid situation, the council had announced the results based on an evaluation system in which 18,000 students had failed.

"Our government is humanitarian. So all the candidates who had enrolled for the Higher Secondary examination have been awarded pass marks considering the Covid situation," said Mahua Das, President, WBCHSE.

After the announcement of the results on July 22, in which nearly 18,000 students had failed, there were huge agitations by the unsuccessful candidates in different parts of the state, who claimed that they deserved to pass.

The situation was such that the state's Chief Secretary H.K. Diwedi had to call Das and ask her to treat all the students in a sympathetic way following which the council decided to review all the marks of the students and allowed them for the graduation, recording a nearly 100 per cent pass rate.

Recently, the state had recorded a cent per cent pass rate in the Madhyamik (Class 10) examination.

A council official said that while conducting a survey of the Class 11 results of the candidates, which was one of the parameters for evaluation of Class 12 results, it was found that some candidates were not been able to appear for the Class 11 examination, some appeared in only one subject, some schools had not been able to conduct practical or project work due to the Covid situation, while some others had sent the Class 11 marks to the council in some other format which is not in adherence to the format stated by the council.

The official further pointed out that some of the schools had submitted their marks for Class 11 in which it was found that some students had received single digit marks, while some were absent in project or practical so they got zero. Hence, while preparing the results, these candidates could not be awarded pass marks.

"Whatever happened was triggered due to the hard times associated with the Covid situation. So, all the candidates who have enrolled for this year's HS examination have been declared as pass," the official said.

Das claimed to have received 14,200 applications for review which will be processed in quick time to ensure that the students face no difficulty in admission to the undergraduate level.

The Higher Secondary examinations were cancelled this year due to the prevailing Covid situation. The council had segregated the theoretical marks into two parts by giving 40 per cent weightage to the marks obtained in Madhyamik examination and another 60 per cent weightage to the subject marks in Class 11. In addition to this, the students were judged by their score in practical examinations and project works in Class XII.