Want to do films with soul: Rajveer Ankur Singh

Singh is a popular name among fashion designer 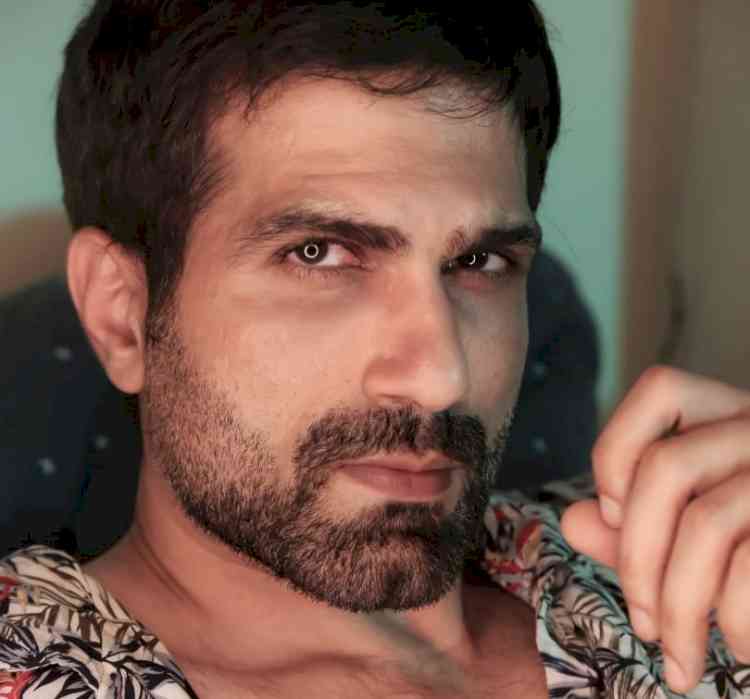 A popular name among fashion designer and international brands to walk their collection, Rajveer Ankur Singh is slowly but steadily making his mark in action arena, says he wishes to be part of films with soul.

Rajveer Ankur Singh, a lanky and perfectly sculpted hunk, made his way into entertainment cinema with critically acclaimed   “G Kutta Se” – an independent movie addressing the real-life issue of women in a misogynistic society.

The film opened in a limited number of theatres as Salman Khan starrer Tubelight also hit the theatres at the same time.
Talking about his journey and first movie as lead, Rajveer Singh said, “I’d always wanted to do something which was meaningful. I was offered small roles or cameo roles in mega movies, but my heart wasn’t into it. I kept searching for the right script and G Kutta Se came my way. After reading the script, I said yes to the project. Despite being a small independent movie, we released right beside Salman Khan Starrer Tubelight, and I am trying to gloat, but we did very well for ourselves. We got 2 Filmfare nominations and 8 international nominations, so it was a great experience. It was my first movie as a main lead”.

His performance was praised by all the leading critics and soon, Rajveer was flooded with film offers, but going against the flow, he took a break and waited for something that moved him.

He added, “Again, I took a break as I didn’t want to rush into film signing spree. I did theatre, worked on my craft, started farming and started working on myself. I don’t want to do a film for the sake of screen-time, I wish to be part of movie which inspire, connects with society, talk about social issue; movies with soul.”

Soon his prayers were answered, as makers of ‘Ek Duaa’ reached out to Rajveer for the main lead. The film marks Esha’s comeback and debut film as producer.

Talking about his ‘Ek Duaa’ and working with Esha Deol, he added, “Ek Duaa is a film that I wait this while for, the film has a soul and it touches you internally. It is a beautiful movie, it has a cause and meaning to it, the film is in a very beautiful space. The film is realistic drama, about hardship of life and day to day struggle of a married life.  Ek Duaa’s trailer revolves around Esha Deol‘s character Abida who is trying to make ends meet in her humble household. While on one hand, her cab driver husband is struggling to fulfil financial requirements of the family. This is my second movie, as a main lead.”

Talking about his working with Esha Deol on the film, Rajveer added, “She is really humble and grounded. She is great mother as well and we often talked about our kids. I had absolutely blast working with her. I even got to meet Hema Malini, she would often visits the sets and she was always so warm and supportive.”

The film is helmed by Ram Kamal Mukherjee, will premiere on Voot Select on 26th July. The film is being produced by Esha and her husband, Bharat Takhtani, under the banner of Bharat Esha Films (BEF).

Senior Wagle Aanjjan Srivastav returns on the set of Sony...