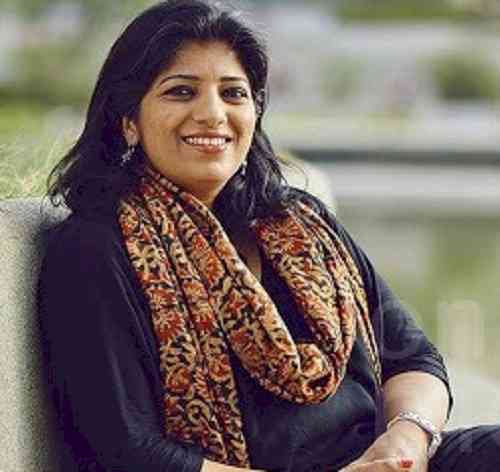 Bangalore: Vogue Institute of Art and Design is conducting a live webinar session with Roshni Dinaker, acclaimed costume designer and filmmaker in South India on 10th June 2020, at 11 am. Roshni Dinaker is all set to impart knowledge about the difference between costume designing and fashion designing, highlight the ground reality about the industry and prepare students to think out-of-the-box to make a successful mark in their career. The session is curated to bridge the gap between the industry and design education in the stream of costume designing for the students across India. Her self-driven, passionate persona is sure to inspire the budding designers of today.
Roshni Dinaker dived into the world of films back in 2002 as a costume designer. She has worked in more than 50 films in Kannada, Tamil, and Telugu film industries. As a costume designer, she has multiple awards and accolades to her credit which include Karnataka State Film Awards in 2007 for her work in Kallarali Hoovagi, directed by T.S. Nagabharana. She expanded her horizon in the film industry with her directorial debut film ‘My Story’, Malayalam film in 2018 and plans to launch more films in the coming days.

COVID-19 Appeal: Close slaughterhouses until all workers can be tested

A 48-hour long hackathon offers cash price and scope to...

Cosmoprof India to be held at Jio World Centre Mumbai on...