Only in in the show - “Aur Bhai Kya Chal Raha Hai?” 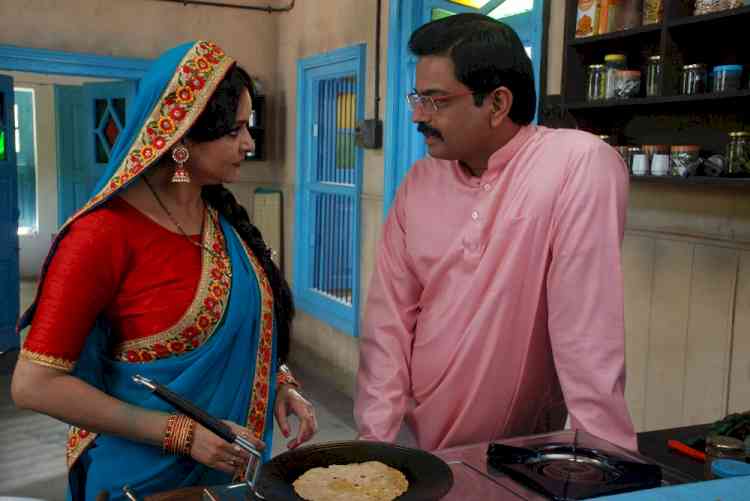 In yet another entertaining upcoming track of &TV’s recently launched situational comedy, Aur Bhai Kya Chal Raha Hai? the viewers will see an unexpected squabble between the Mishras and Mirzas over the installation of a Bijli Ka Khamba! It so happens that Pappu Pandey (Sandeep Yadav), a ‘wanna-be neta’ wants to install an electricity pole within the mohalla. However, this pole becomes a cause of disagreement not only in the entire mohalla but also between the Mirzas and Mishra family, leading to utter confusion and a hilarious chain of events.

It starts with Paro (Simran Awasthi), the insider to mohalla’s juiciest gossips and happenings breaking the news on Bijli Ka Khamba’s installation on her society gossip group, Aur Bhai Kya Chal Raha?’. The moment Shanti (Farhana Fatema) and Sakina (Akansha Sharma) get hold of this piece of news, they charge on their respective husband to pull all stops to ensure that yeh bijili ka khamba unke ghar ke samne na lage. Upon arriving at Bajariya and into Mishra and Mirza’s haveli, the duo Mishra (Ambrish Bobby) and Mirza (Pawan Singh) start brainwashing the electricity department’s engineer into why he should not install the Khamba in and around their compound. Soon the entire mohalla follows suit. Tables turn when Mohalla’s informer, Paro overhears the conversation on the financial benefits being extended to the family in whose compound the pole will be installed. An instant update from Paro on her Whatsapp group creates complete chaos with everyone now using all their might to have the pole installed in their compound!

Adding to it, Akansha Sharma aka Sakina comments, “Paise, free electricity aur Sarkari Naukri akhir kisko nahi chahiye! The desire of having all these benefits turns tables for both families. The upcoming episodes will take the audience on a complete laughter ride. The whole tug of war between Mishras and Mirzas for a mere Bijli ka khamba is going to give our viewers a good laugh and a whole lot of entertainment!”