The duo accused each other of cheating the farmers 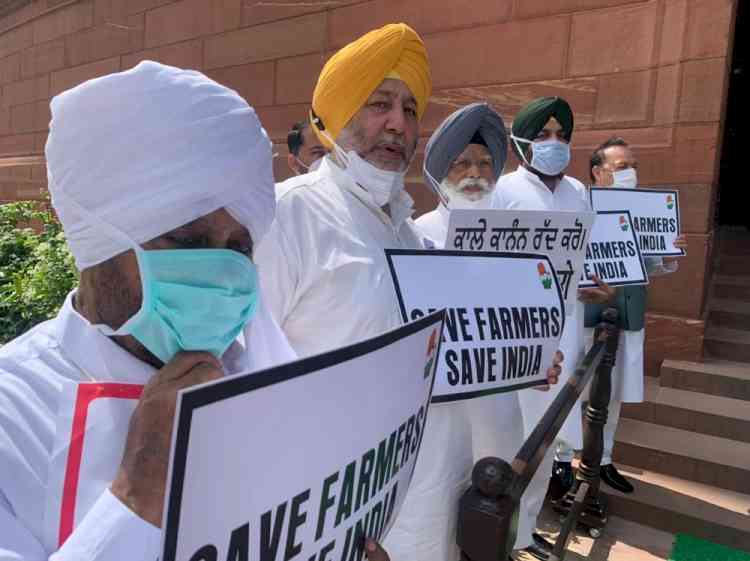 New Delhi: A verbal spat broke out between Congress MP Ravneet Singh Bittu and Harsimrat Kaur Badal of the Akali Dal on the issue of farm laws in the Parliament premises on Wednesday.

The duo accused each other of cheating the farmers.

Ravneet Bittu said that first the Akali Dal, then a cabinet minister in the NDA government, passed the Bill and now is protesting.

Harsimrat Kaur replied that she had resigned from the cabinet and asked where Rahul Gandhi was when the Bill was passed.

Both the MPs were protesting against the farm laws in the parliament premises holding placards and shouting slogans.

The parties are pitched against each other in Punjab where the farm laws are a big issue and the state is going to polls next year.

The Congress has been demanding the repeal of the three farm laws. Last week Rahul Gandhi drove a tractor to Parliament in support of the agitating farmers. Speaking to the media then, he had said, "I have brought farmers' message to Parliament. They (Government) are suppressing voices of farmers and not letting a discussion take place in Parliament."

Punjab Government stands by its employees during covid-19:...