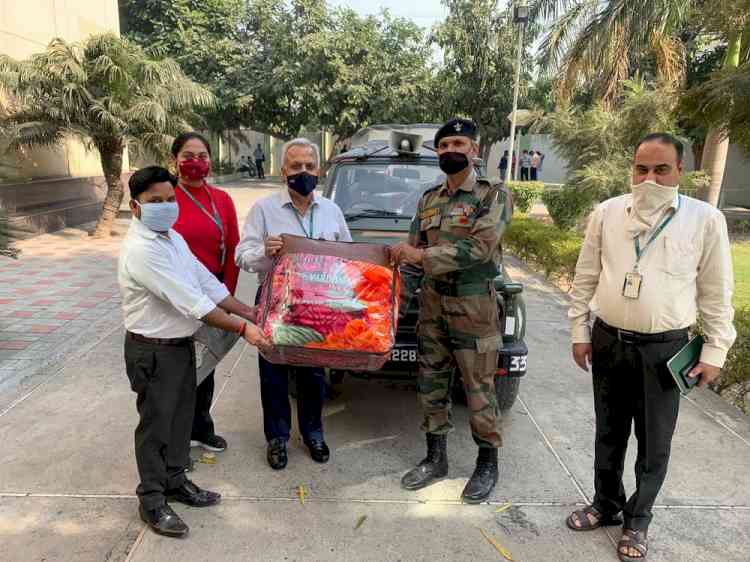 Ludhiana: Vardhman Group with the intent to honour and express gratitude towards our brave soldiers and their families, presented the ex-servicemen, Veer Naaris and Widows of 63 Rashtriya Rifles (Bihar) with blankets and track suits.

The Group invited Major Ajay Pratap, Company Commander, 63 Rashtriya Rifles (Bihar) to Vardhman’s Corporate Office in Ludhiana where the blankets and track suits were handed over to him with best regards. These articles shall be further distributed among the families living in the remote areas of District Rajouri including the Ex-Servicemen and war widows.
The Group has been honouring the war widows and families of martyrs for four consecutive years. To felicitate families of army personnel who sacrifice their lives for the nation and express gratitude, this gesture was made.

Mr D K Sindwani, Director, Vardhman expressed appreciation and thanked Major on the behalf of the entire group saying that “We salute the soldiers who live and die for the honour of our nation, and their families who are the epitome of core strength, values and unshakeable faith. We cannot thank them enough for their sacrifices, spirit of patriotism and commitment to serve the nation. Jai Hind.”

Sixth death due to corona in Kangra District