UP Film City will be a cultural gift to the world: Kailash Kher

Says, the proposed film city will be a cultural gift to the world 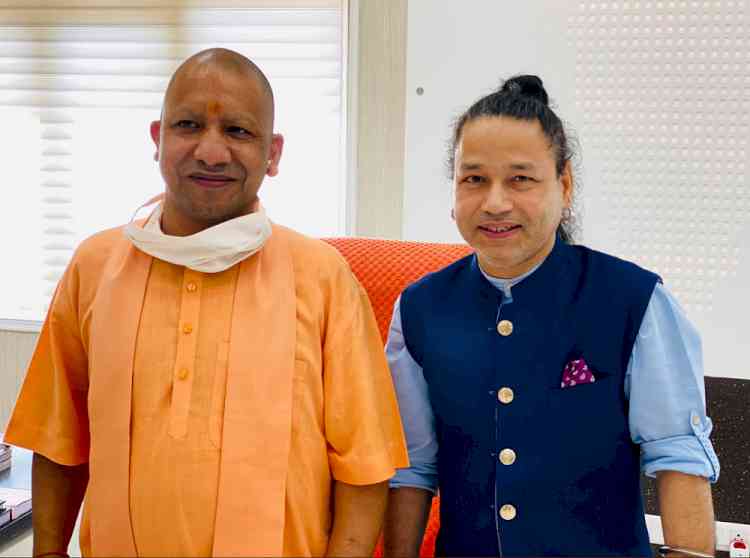 In a meeting at Lucknow on Tuesday, called by Chief Minister Yogi Adityanath, prominent singer Kailash Kher, along with few other cinema personalities, took part to discuss about the proposed Film City in Uttar Pradesh. The UP film city is likely to come up near the historic site of Hastinapur, near NOIDA in Gautam Buddha Nagar.

CM Yogi said, “Uttar Pradesh is the land of Ram's Ayodhya, Krishna's Mathura, Shiva's Kashi as well as Buddha, Kabir and Mahavira. Nothing is incomplete here. There is a confluence of Ganga, Yamuna and Saraswati rivers. These are all 'symbols of perfection'.”

Talking about the upcoming Hindi Film City, Kailash Kher said, “The proposed film city will be a cultural gift to the world. It will be a grand, divine and well-equipped 'Complete Film City', which will fulfill the needs of the Hindi film industry.”

Yogi Adityanath said that Uttar Pradesh has immense grace of nature and God. Films have introduced the world to our Indian culture. It is a mirror of society. In such a situation, with a view to promote film production and to provide special opportunities to local talent, the Government of Uttar Pradesh has decided to establish Modern Film City and Infotainment Zone in the state. It would be developed keeping in view the needs of the next 50 years.

Yogi said that to make our efforts more useful, profitable and comprehensive in this direction, we are inviting suggestions from all over the world. Through dialogue, you get an opportunity to understand each other's needs and fulfill them. The Chief Minister said that taking advantage of the suggestions and experiences of the people of the film world; we are ready to give a new option to the global film industry.

Webinar on artificial intelligence in our life

Yemen blast victim regains ability to walk with help of...

BJP government would repeat in 2022 in HP: CM