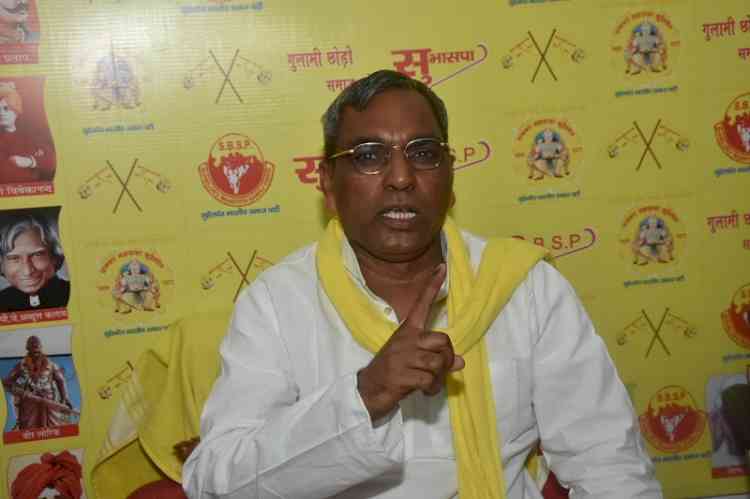 While addressing the media at his residence, the MLA said: "We had tried to change the habit and attitude of SBSP leader but unfortunately he again went in the filth like a buffalo."

Singh also made objectionable remarks on the proposed alliance between the SBSP and Samajwadi Party in the 2022 state Assembly polls.

"Akhilesh is an example of Aurangzeb culture," he said, adding: "He is the person who removed his father to grab power and now claims to be better than Yogi Adityanath."

About Mayawati, Singh said: "The BSP leader always run behind money and she has no concern for poor."

The BJP MLA said Narendra Modi and Yogi Adityanath are the real leaders and champions of the country and no one can defeat them.

"The country is flourishing under their leadership and these Opposition leaders will face a humiliating defeat in upcoming state elections," he said.

Singh is well known for making objectionable and disparaging remarks against opposition leaders and the party has asked him not to make such statements but it seems to have no impact on him.

Recent pictures of Mamta Kulkarni surface on the Internet

Pak, India should sit together to resolve outstanding issues:...