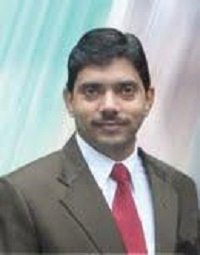 1.    Limit for Tax Audit NOT INCREASED FOR ALL ASSESSEES
Proposal
Tax Audit thresholds increased from Rs 1 crore to Rs 5 crore with a rider that total receipts and total payments in cash should not exceed 5% of such total receipts and total payments made during the year.
Effect:
Only Those Businesses which do not sell more than 5% of their services or goods in cash shall only be benefitted, all business with less than Rs 5 Crore will not be benefitted.

2.    HEALTH CESS ON IMPORT OF MEDICAL DEVICES
Effect:
It will ultimately burden the common people in the cases where local made medical devices are not available to the patients. These patients will be charged more.

3.    Vivad se Vishwash Scheme to reduce litigation.
Scheme
•         Only tax amount to be paid.
•         Full waiver of interest and penalty.
•         In case of penalty and interest dispute which is not related to income only 25% of such interest and penalty to be paid.
•         In case payment is made after 31.3.2020 the amount to be paid is 110% of tax in dispute and 30% in case of penalty.
Benefits
it is the most welcome step.
4.    Dividend Distribution Tax being abolished w.e.f. 1.4.2020.
Present Position
Presently the Company which pays the dividend to the shareholders on the shares issued by it, pays the Dividend Distribution Tax at the rate of 15 per cent.  Shareholder is not required to pay tax on his dividend income
Change in Budget
Shareholder who earns the Dividend Income, will pay the tax on dividend. Rate of Tax on this dividend shall not be 15% fixed, but shall be at the rate of tax as per the tax slab in which the shareholder falls.
For example for shareholders having total income of Rs 5 to 7.5 lacs, will have to pay tax on dividend at the rate of 10%.
For example for shareholders having total income of more than Rs 15 lacs, tax shall be paid at the rate of 30%
Effect on the pocket of shareholder
Previously flat 15% was the burden on the shareholder now tax shall be payable at his own tax slab.
5.    Income Tax on Non Resident Indians
Present Position
If an NRI person, stays in India for less than 182 days, his global income i.e. income earned in other countries is not taxable only income which is derived from Indian Sources like interest income from FD in Bank in India or Rent from property in India is taxable, this period has been proposed to be reduced to 120 days. Previously in order to save tax in India on Global Income it was required that he is non-resident in India in 9 out of 10 previous years, now this period has also been reduced to 7 out of 10 previous years.
Effect
If a person stays for 120 days in India, his global income will be taxed in India, previously this period was 182 days which is now reduced.
6.    Control on Fake Billing, Tax to be deducted from Purchaser of Goods
Change proposed
If a person is having turnover of more than 10 crores in an year, he will be liable to deduct tax at the rate of 0.1 per cent from buyer of his goods, if the buyer has made purchases of more than Rs 50 lacs from him.
Example:
ABC Enterprises has turnover of more than Rs 10 crores
XYZ purchases goods of more than Rs 50 lacs from him
ABC will be required to deduct tax of 0.1 per cent from XYZ
Effect:
It will control Fake Billing Cases and Black Money.
7.     On the following items basic custom duty has been increased. Benefit will be to the local manufacturers of these items in India.

State and industry hampered due to stoppage of rail movement