Unhygienic conditions can be cause of death of children: Haryana govt 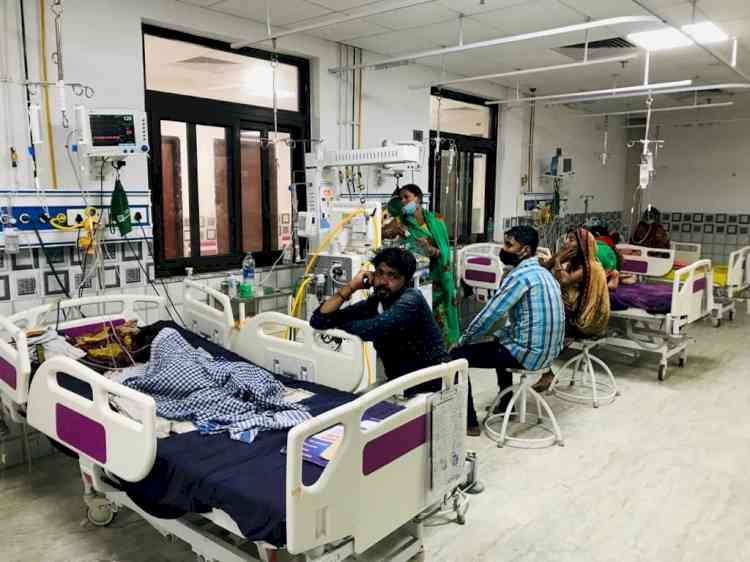 Chandigarh, Sep 15 (IANS) Unhygienic conditions could be the cause of death of seven children, and not the suspected fever, in Palwal district in Haryana, a state Health Department's survey said on Wednesday.

Out of the seven deaths, two were below five years of age and the remaining were above five years.

The probable cause of outbreak could be the unhygienic conditions and illegal drinking water pipe connections that led to contamination of drinking water, said the government in a statement here.

However, it said, the final cause of deaths could be confirmed on completion of the epidemiological investigation.

Additional Chief Secretary (Health) Rajeev Arora said information regarding suspected fever deaths among children in Chilli and Chilla villages of the district was received by the district health authorities.

In order to assess the ground situation, a district rapid response team was sent to the area affected. An epidemiological investigation was ordered in coordination with a WHO representative.

Arora said the population of the affected Chilli and Chilla is 2,947 and 763 with a total of 186 and 72 households respectively. This outbreak started on September 9.

The rapid response team visited the affected area on September 12 to investigate the outbreak and household survey was done. As per ongoing epidemiological investigation, house-to-house active case search for fever cases is being done and total 1,089 houses were checked till Tuesday.

He said the officials found a leakage in the pipeline of drinking water and Public Health officers have been instructed to repair it at the earliest.

A temporary medical camp has been set up in the area and cases are being treated symptomatically and referred as per the severity.

He said the final cause of deaths could only be commented upon after completion of the epidemiological investigation but prima facie the probable cause of outbreak could be the unhygienic conditions and illegal drinking water pipe connections.

UP Cong to take out 'Pratigya Yatra'

Himachal government should give financial amount of 50...