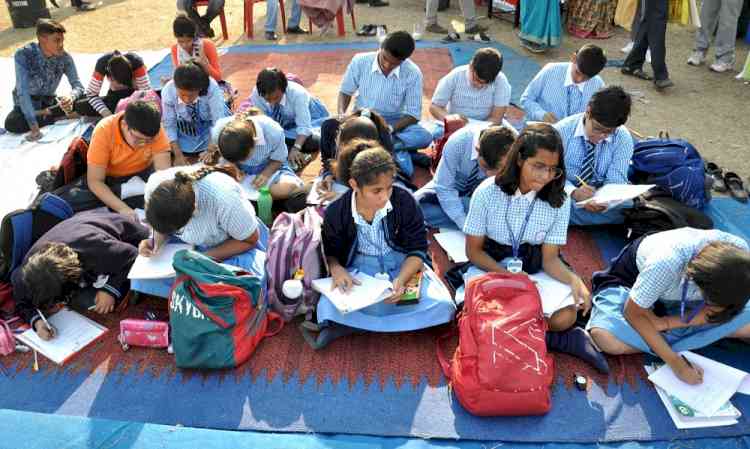 Kolkata, Oct 17 (IANS) With more than 1 lakh vacancies for teachers in several schools, mostly in rural areas, across West Bengal, a report by the UN Educational, Scientific and Cultural Organisation (Unesco) has highlighted the pathetic condition of the schools in the state.

According to the report on school education in the country, West Bengal is ranked third with total 1.10.000 vacancies cumulatively in in primary, upper primary, secondary and higher secondary schools.

The report also says that of these total vacancies, 69 per cent are in the rural areas.

Bengal's education department sources said that the indication of this pathetic state of affairs first became evident a couple of years ago when the Union Human Resources Ministry forwarded some queries on the student to teacher ratio in the schools of the state.

"At that point of time, it was revealed that the number of vacant teachers' posts for four important subjects in the science stream, namely mathematics, physics, chemistry and biology in the state, had already reached an alarming stage then. The number of vacant teachers' posts were 3,123 for mathematics, 1,795 for physics, 1,787 for chemistry and 2,178 for biology," said a department official on the condition of anonymity.

The problem is even more pathetic because the state government has been pulled up by the Calcutta High Court on the question of teachers' recruitment.

The recruitment in primary, upper primary and secondary section has been in question because there have been allegations of nepotism and corrupt practises in the recruitment pattern.

As several cases of teachers' recruitment are pending before the court, the problem of filling up the vacancies hardly shows any signs of dying down.

Not only in cases of teachers' recruitment but there are several other areas where the state has performed abysmally low.

During the Covid-19 lockdown when the students had to depend mostly on the internet, the connectivity in the schools of West Bengal were severely low.

According to the Unesco report, only 9 per cent of the schools mostly in the urban areas have net connectivity making it obvious that the students in the rural areas were left out of the online class facilities during the lockdown period.

Tripura with 3 per cent, Meghalaya with 4 per cent, Chattisgarh with 5 per cent and Bihar with 6 per cent ranked below West Bengal.

US lawmakers protest more intensely than Indians over Amazon's rigging in India:...