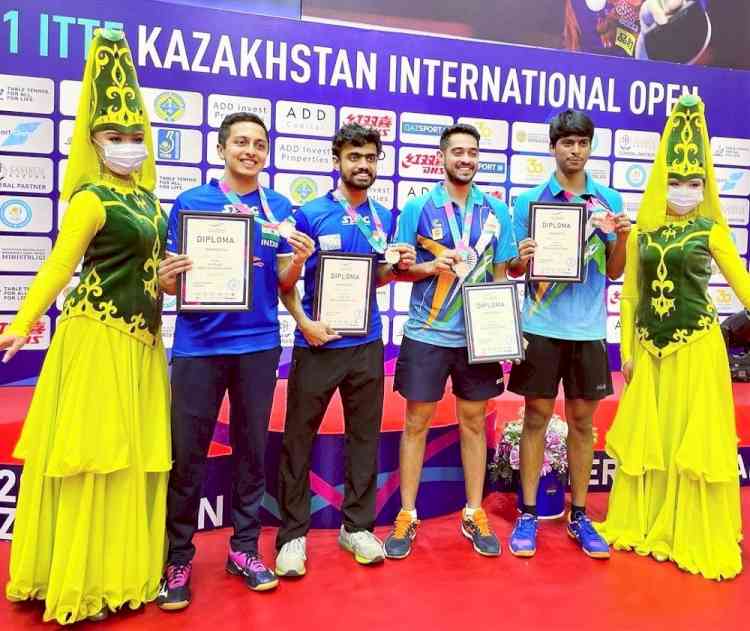 Both the pairs displayed a great show throughout the tournament before suffering defeats in their respective semifinals. Maharashtra duo Mudit and Siddhesh suffered a 0-3 loss against the Saudi Arabian pair of Ali Alkhadrawi and Abdulaziz Bu Shulaybi.

In the second men's doubles last-4 clash, Snehit and Sudhanshu too went down fighting 2-3 against tough Kazakh pair of Alan Kurmangaliyev and Kirill Gerassimenko.

The Hyderabad paddler Snehit was equally impressive in the singles category as he entered the final after defeating Pavel Platonov of Belarus 4-1 comfortably in the semifinal. The world No. 405 Indian will take on world No. 46 Kirill Gerassimenko of Kazakhstan in the gold medal match.

The pair of Kaushani Nath and Prapti Sen too stormed into the women's doubles final as they outclassed the Uzbek duo of Kamila Khalikova and Mekhriniso Norkulova 3-1 in the last-4 match. They will now face Valeria Kotcyur and Valeria Shcherbatykh of Russia in the final.

TN govt to include martial arts 'Silambam' under 3% sports quota

T20 World Cup: Australia have faith in their all-rounders,...