Trailer of Happy Hardy and Heer out 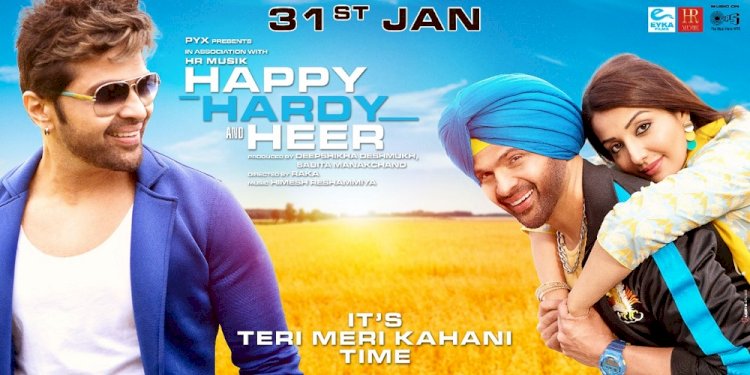 Happy Hardy and Heer seems to be spreading smiles and the music has become already a hit worldwide. The film that would see Himesh in a double role for the first time, revolves around the term and ideology of "Friendzone".

The music of Happy Hardy and Heer have become immensely popular and topped every music chart possible with Teri Meri Kahani and Ashiqui Mein Teri 2.0 sung by Himesh and Ranu mondal breaking records all over. It's a rarity where you see a whole album becoming a rage and hit before it's film release and that's something HHH has offered, let that be Arijit Singh track Heeriye , the cutie pie song , the unreleased Tik Tok track which has charmed the audiences and got their dancing shoes on with houseful concerts done by our very own rockstar Himesh.

With the songs catching up and public demand Himesh has already done promotional concerts in Pune, Surat, Baroda, Ahmedabad ,Mehsana ,Mathura, Kolkata ,Jaipur already and the response has been fantastic , the clips of the show in all these cities has already gone viral  with fans going crazy over each track of Happy Hardy and Heer. Talking about the film director Raka stated “The film revolves around three characters who are very Indian at heart and deals with the feeling of being friendzoned in love, whether Heer chooses happy who has been friendzoned by her or whether she chooses hardy as a life partner forms the crux of this love story. Being shot in London, every character has its depth and with the music being a rage already the film will be remembered for its love story that will touch an emotional chord with one and all.

For this Himesh who would be seen playing a double role in the film added, the story is about being friendzoned and various emotions one runs through , the film would be a treat to the eyes.

Happy hardy and Heer stars Himesh with Sonia Mann and is produced by Deepshikha Deshmukh and Sabita Manakchand and is choreographed and directed by Raka and the movie releases on 31st January 2020.

The Copyright Amendment Bill has been passed, but government...