Trade and industry in Punjab under huge stress due to ongoing protest of farmers on newly implemented Farm/Agriculture Bill 2020: FIEO

Says not only the exporters, the importers are also facing a very difficult time 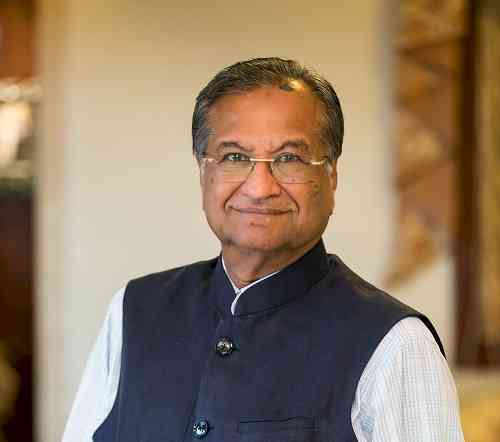 Ludhiana: The ongoing protests by the farmers across Punjab against the newly implemented Farm/Agriculture Bill 2020 has been immensely affecting the businesses across the State of Punjab, said Mr Sharad Kumar Saraf, President, FIEO. The movement of containers, both by trains and road, from various ICD's across Punjab and to the State has been halted creating huge setbacks not only to the domestic industry but also to the overall exporting community.

FIEO Chief added that the trade and industry in Punjab is already under tremendous pressure and the exporting fraternity is the worst hit as a large number of orders have already got cancelled due to the Covid-19 pandemic outbreak and now the ongoing protest by farmers across the State has brought almost everything to stand still especially for exporters. The protesting farmers are not allowing movement of goods, which is further causing delay in shipments and timely deliveries of consignments to their overseas clients, which may result in cancellation of export orders and will also affect the future prospect of state's exports, added Mr Sharad Kumar Saraf.

President FIEO also said that not only the exporters, the importers are also facing a very difficult time, as a large number of import containers are stuck up at various ports or are in transit. Talking about the volume of export containers that are stuck up at various ICD across Punjab, Mr Saraf said that approximately 4000 TEU's export containers with goods value of about Rs 2000 Crores have been blocked due to the ongoing crisis. On the imports front, containers worth in volume terms of more than 3500 TEU's including both loaded and empty are either stuck in transit or are waiting at ports. Further Mr Saraf added that the hampered movement of container trains has resulted in piling up of export containers in large numbers at various ICDs.

Looking at the ongoing situation, exporters have also requested the Railways to return their containers from the trains stuck in transit so that the same can be sent via roads. However, the Railways is asking for an exorbitant amount as penalty (as high as 150%) which is further adding to the pains of the exporters during such challenging times.

The Federation, on behalf of overall trade and industry and especially the exporting community, urges the government both at the Centre and in the State of Punjab to immediately intervene and take some urgent steps to at least clear the blocked railway tracks by the agitating groups, convincing them to take peaceful means of protests, rather than disrupting the entire state economy by blocking key railway routes.