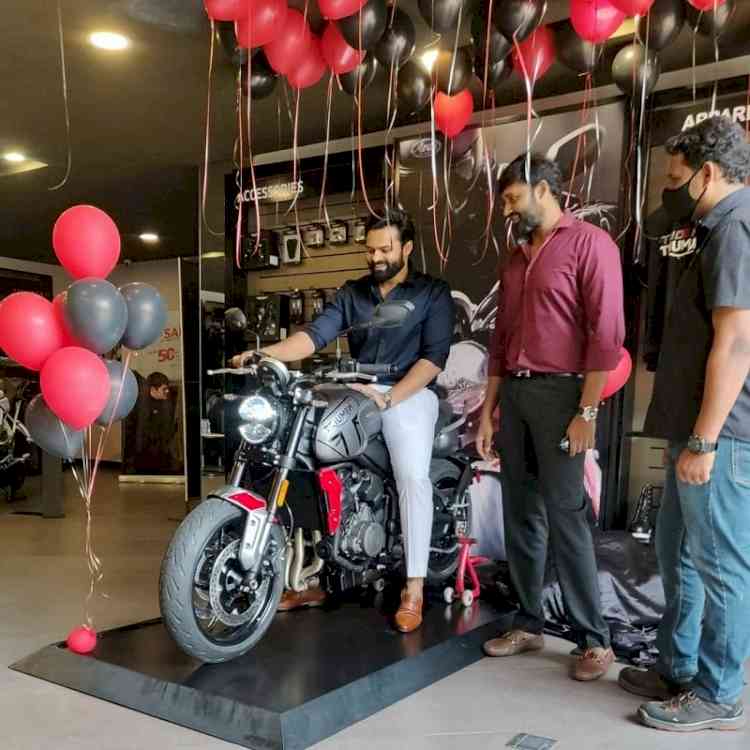 Hyderabad, Sep 11 (IANS) A case of rash driving has been filed against Tollywood actor Sai Dharam Tej, who was injured after falling from a sports bike he was riding in Hyderabad.

A case under IPC Sections 366 (act endangering life or personal safety of others), 279 (rash driving) and 184 (driving dangerously) has been registered at the Raidurgam police station of Cyberabad police commissionerate against the actor.

According to the police, Sai Tej fell down when the bike he was riding skid at around 8.05 p.m. on Friday. He was heading towards IKEA from Cable Bridge in Madhapur, the information technology hub in the city.

Sai Tej, the nephew of megastar Chiranjeevi, sustained injuries in the mishap and was immediately rushed to the Medicover Hospital from where he was later shifted to the Apollo Hospital.

A police officer said the bike apparently skid due to some sand on the road. The actor was wearing helmet and was not under the influence of alcohol, he said.

The Apollo Hospital stated in a medical bulletin Saturday morning that Sai Tej is stable and all his major organs are functioning well.

"He will continue to be on assisted respiration in the ICU for controlled close monitoring and additional investigations will be performed during the day," said the bulleting.

Meanwhile, actor Naresh said that Sai Tej had left on the bike from his house on Friday evening.

"I heard the bike's sound and I wanted to speak to him, but he had already left," said Naresh, whose son Naveen is a close friend of Sai Tej.

Naresh said a few days ago, he had thought of counseling Sai Tej after he learnt about his passion for bike riding.

"I wanted to counsel him because this is very crucial time for his career and it's not proper to take risk," said the actor.

Naresh added that he too was fond of bike riding but on his mother's advise following an accident, he gave it up.

Naresh pointed out that the sons of actors Kota Srinivas Rao and Babu Mohan had lost their lives in the prime of their youth in similar accidents.

Meanwhile, Sai Tej's family members, Tollywood personalities and politicians visited the Apollo Hospital and spoke to the doctors about his condition. They wished him a speedy recovery.

Telangana's Minister for Cinematography, T. Srinivas Yadav, told reporters after a visit to the hospital that the actor is doing well and there is no need for any anxiety.

"Sai Tej is a fighter and he will come back," Prakash Raj told reporters outside the hospital.

Srikanth said Sai Tej is stable and there is no need to worry.

Baalveer and Aladdin get ready for final showdown with...