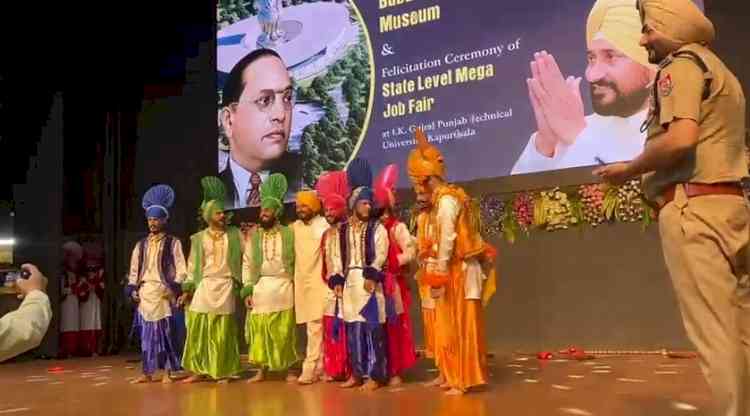 Punjab Chief Minister Charanjit Singh Channi dancing at the tunes of a Punjabi song at a function in Kapurthala town on Thursday. Source: IANS

He performs 'bhangra' on the reverberating beats of a 'dhol' at a public function, favours tea at a roadside eatery while narrating couplets to the masses, besides accepting 'siropas' (religious robes) enroute by stopping his security cavalcade.

Political observers say he's trying to build the image of an 'Aam Aadmi' by taking the people along. Punjab is slated to go to the polls in about five months' time.

"Despite being elevated to the top post, the fame has not gone into his head yet. Unlike the previous incumbent, who largely prefered to maintain distance from the public, Channi is regularly meeting and interacting with the people," a senior Congress leader told IANS, requesting anonymity.

"The Chief Minister knows that in such a short period, it is the high time to go to the masses to restore their faith in the party and also to boost the morale of the cadre that is somehow lying low owing to deliberate ignorance for over four-and-a-half years," said the leader, adding, "This is Channi's journey towards the polls."

Channi, who was part of the 'bhangra' team during his college days, missed no opportunity to shake his leg with the students of I.K. Gujral Punjab Technical University in Kapurthala where he laid the foundation stone for a B.R. Ambedkar museum on Thursday.

Responding to his gesture, Lok Sabha MP Jasbir Singh Gill tweeted: "People's CM Charanjit Singh Channi ji on request of Punjab Technical University bhangra team performed with them... he has no air, totally grounded. Students took lots of selfies with him and their CM obliged."

Channi has also been a national-level handball player. An alumnus of Sri Guru Gobind Singh College here, he graduated in 1984.

Channi took oath as the Chief Minister on September 20, becoming the first Scheduled Caste Chief Minister of the state. After the resignation of Amarinder Singh, Cabinet minister Channi was elevated to the post.

A day earlier, Channi along with state party chief Navjot Singh Sidhu was seen sipping tea from a 'katori' at the famed Giani Tea stall in Amritsar.

Sitting with government functionaries and party workers outside the tea stall, Channi was seen sharing couplets of Rahat Indori. A large number of morning walkers gathered to take a glimpse of Channi.

A video also went viral in which the Chief Minister can be seen accepting 'siropas' on the roadside from a handful of people, who especially came to greet him while he was passing through.

Channi surprised them when he stopped his high security cavalcade to meet them.

However, a day after assuming the charge, Channi, who said his government is a representative of the poor as he himself pulled a rickshaw in his early life, had opted for a special chartered jet to reach Delhi from Chandigarh to meet the party leaders.

Channi along with Deputy Chief Minister Sukhjinder Randhawa and Sidhu travelled in the plane.

Responding to this, Amarinder Singh's media advisor Raveen Thukral asked, "Wonder who's paying for such luxury -- the state government or the Punjab Congress. Though eventually I guess it's the common man who'll end up footing the bill for their pleasures!"

"Wow. What a 'gareeban di sarkar'! A 16-seater Learjet to ferry 4 people when a 5-seater official chopper was available. I'm now beginning to feel I sleepwalked through the last 4 & a half years, believing Punjab to be in a fiscal mess. My bad!" Thukral tweeted.

Channi later replied by saying, "What is the problem if the son of a poor man boarded a jet?"

On the day of assuming charge, Channi had said that his government is of the 'Aam Aadmi', honest, free from sand mafias and a representative of the poor. 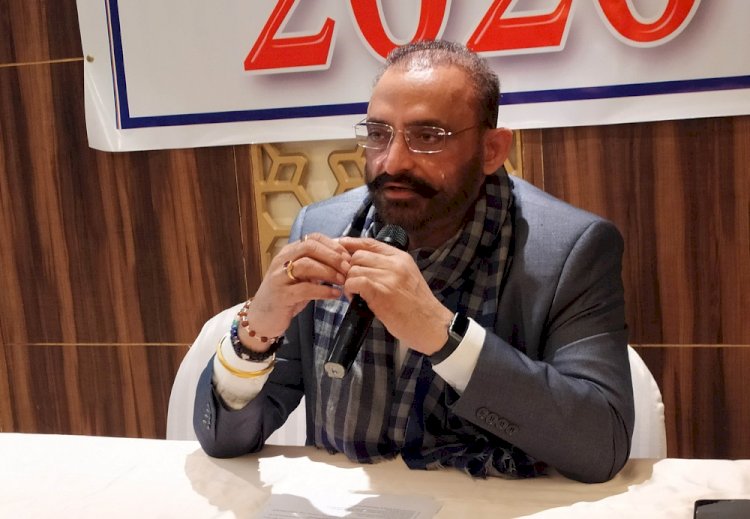 Bhagwant Mann warns all those in illegal possession of...