This new member is sure to impress the audience 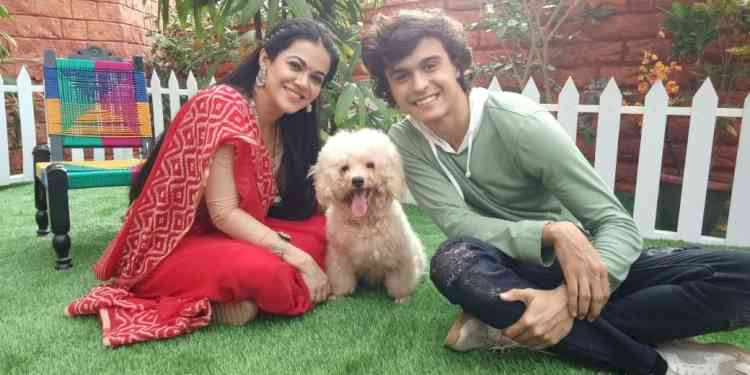 Sony SAB’s Tera Yaar Hoon Main continues to keep the viewers entertained with lighthearted family-driven content. While Rajiv (Ssudeep Sahir) is committed in his attempts of becoming his son Rishabh’s (Ansh Sinha) friend, there is a new member in family ready to make a place in everyone’s heart.

Tera Yaar Hoon Main introduces the most adorable actor, Johnny, a pet dog. While this new member is sure to impress the audience, the cast of the show too is extremely happy with this new entry. Here’s what they have to say about their new co-star-

Talking about the experience of shooting with an adorable co-star, Shweta Gulati, who plays the role of Jhanvi said, “I am a dog lover and I am happiest shooting with him. I can say he is the best co-star I have had. He is so adorable and well trained- if you tell him speak, he barks and gives such amazing camera facing shots, I think it was love at first sight for me. In my opinion, he takes better direction than any of the actors.” She added, “There was this funny incident that happened one day. I picked him up and he peed on my leg. I am a dog mother and have a dog at home. So, he could smell my baby on me and wanted to mark his territory. Therefore, I was in trouble when I went home. My dog sniffed me and he was wondering, who has Mumma met and come and thought I cheated on me (laughs).”

Ssudeep Sahir, essaying the role of Rajiv said, "I’ve never met such a well behaved dog. I had a scene where he had to tickle me by licking my foot while I was sleeping. Johnny did it in 2 takes & we were all floored. I haven’t heard him bark even once. He is such a well-trained and well-behaved dog. I like dogs but I am not used to being around one. He however, is a cutie!"

Ansh Sinha, playing the role of Rishabh shared, “Personally, I love dogs a lot and hence, I was very happy. While the first day was a little difficult as we had to understand the dog, however, later, we became very comfortable with him and were able to perform and do tricks with him. He was amazing and he could do everything that was written in the script for him. He is so obedient and well-behaved and this was extremely adorable for all of us” He added, “The only one afraid of dogs on the set is Trishala (Neeharika Roy) but luckily she hasn’t had to perform with him as of yet. Varun (played by Gautam) and I have been planning to play some prank on her though.

Aditya Chopra comes up with teaser of 'Bunty Aur Babli...