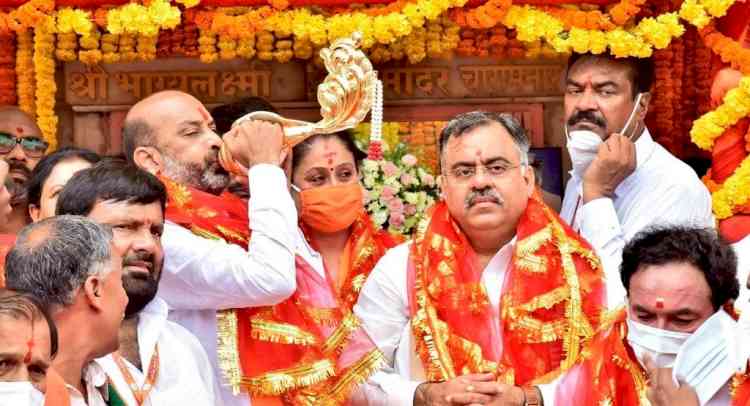 Hyderabad, Aug 28 (IANS) Telangana Bharatiya Janata Party (BJP) president Bandi Sanjay on Saturday commenced his Praja Sangrama Yatra (marathon walkathon) from the heart of Hyderabad at Bhagyalakshmi temple, which stands next to one of the four main columns of the Charminar monument.

"As part of Praja Sangrama Yatra, I offered special prayers to Sri Bhagyalakshmi in the old city and started my yatra with the deity's blessings, cadres support and the encouragement of my helpers," said Sanjay.

Hyderabad's old city reverberated to the chants of 'Bharat Mata ki Jai' as hundreds of BJP supporters descended on the venue as the state BJP chief set off on a padayatra.

Sanjay and Secunderabad MP Kishan Reddy adorned the statue of Sardar Vallabhai Patel with garlands as part of the commencement programme.

As part of the walkathon, Sanjay, who is also Karimnagar MP will be traversing through six localities of Hyderabad on Sunday: Mehdipatnam, Toli Chowki, Shaikpet, Golkonda Fort, Langar Houz and Bapughat.

Once wanted terrorists, now prominent Taliban members of 2021 (Part I) 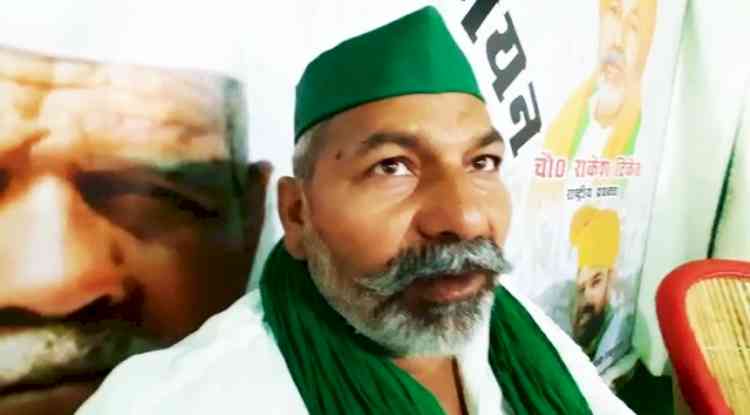 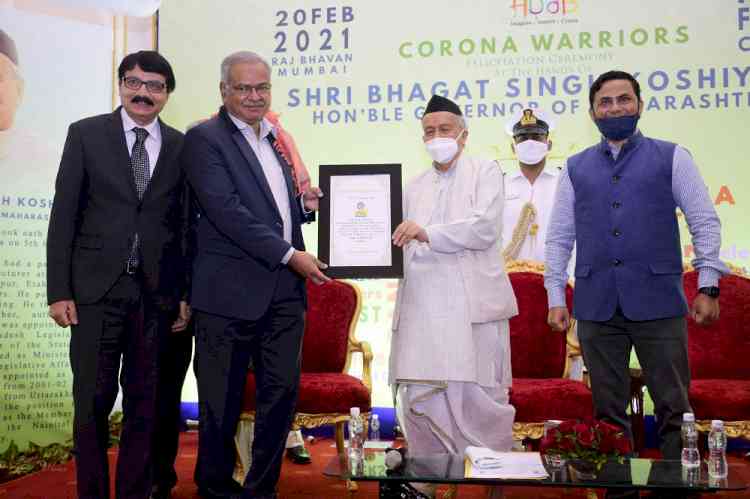 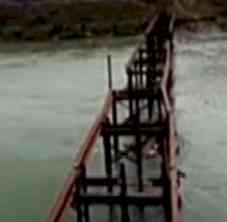 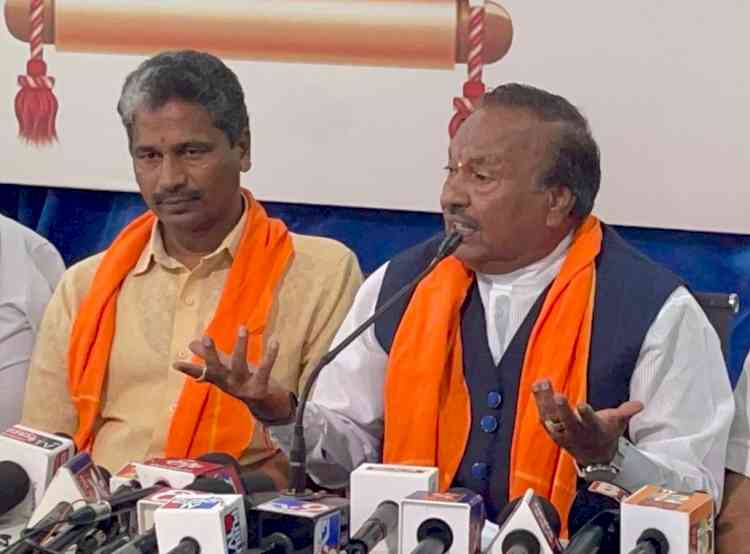 Not clear if contractor's death was suicide or murder:...