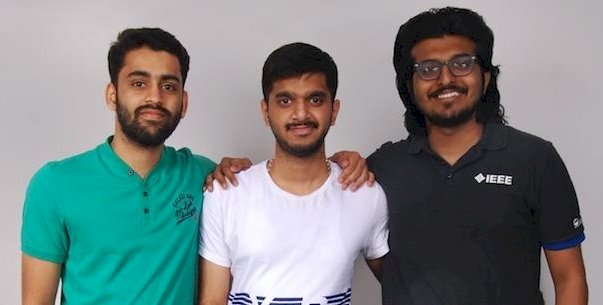 L-R: (VR Karthik, Hemant Joshi, Hemant H Kumar of Team Blume from India has emerged as the runner up at this year’s Imagine Cup Asia finals.

Chandigarh: Team Blume from India has emerged as the runner up at this year’s Imagine Cup Asia finals following an intense finale against nine other teams from across the region.  Team Blume, together with fellow runner up teams, Tulibot from Indonesia and Zest from Singapore, will receive USD 2,500 each for their projects. Team Blume developed an Android application that allows patients to scan the RFID tag on prescription medication to ensure its authenticity and allergen-compatibility with the patient.
The Team Blume-India members are from the Vellore Institute of Technology and the Ramaiah Institute of Technology and they met through college connections.

Sharing of health data of public and pvt hospitals critical...