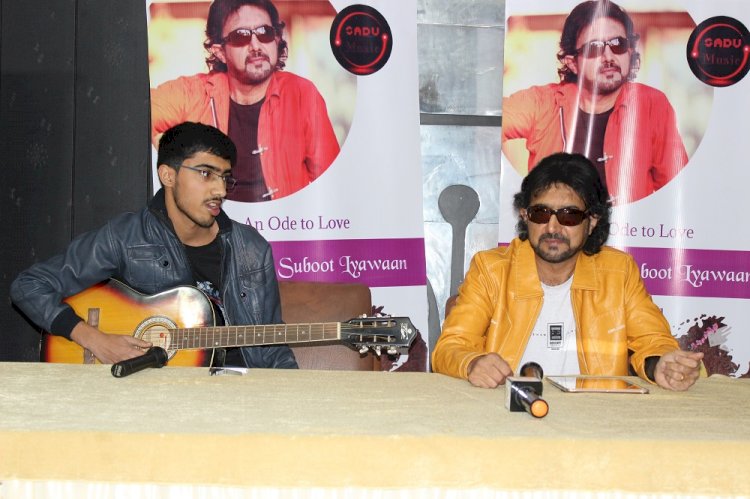 Chandigarh: One of the voices from the popular 90s band Aryans, is that of Sadasivan KM Nambisan aka Sadu. Vocalist, lyricist, composer and a founder member of the famous erstwhile pop act, is out with a romantic number reminiscent of the popular love hits, his vocals were synonymous with.

Sadu, came back after a short gap with his solo single titled Mausam, in December 2019. The track received lakhs of hits across streaming platforms and was recorded with live instruments and no programming whatsoever, in contrast to the trend of the recordings practices prevalent nowadays.

His latest release Hor Kinne Suboot Lyawaan, is an ode to lasting love, with timeless lyrics, set to contemporary beats in a soft electronic arrangement. The video/single releases on February 5th, 2020.

Like Mausam, Hor Kinne Suboot Lyawaan is also a romantic melody. While Mausam narrates the anticipation of meeting a love interest and intensity of the waiting period, Hor Kinne… celebrates the sheer magic of serendipity that brings two people together and for that very reason it should be reiterated and cherished, time and again.

“Beyond sky-high plugins and fancy gadgets, a simple melody can truly stand out. Sometimes simple lyrics communicate the expression in the most effective manner and on occasion a weeping guitar expresses the emotion in the best fashion. I’m pleasantly surprised and also not surprised at the same time, to see how warmly people have responded to Mausam, I hope they receive Hor Kinne Suboot with as much warmth,” says Sadu.

Hor Kinne Suboot Lyawaan is composed & sung written by Sadu. The lyrics for the song are co-written by Sadu& Deeksha Dudeja. Video of the track is directed by Jayant H Verma, and produced by Seventh Angle Productions under Sunitha Sadasivan, with production by Big Noise.

Shirley Setia back with another heart-warming rendition...