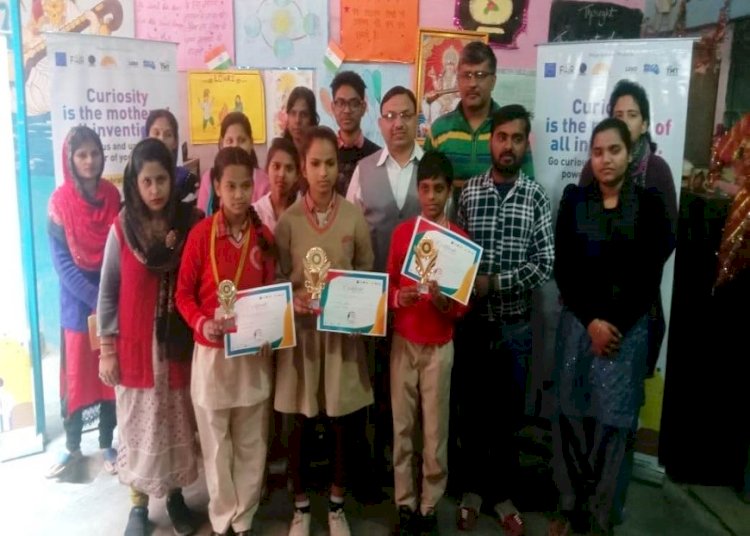 New Delhi: To generate awareness on the ongoing ‘Vigyan Samagam, a Mega-Science exhibition at the National Science City, Department of Atomic Energy and Department of Science and Technology today hosted a quiz competition at Siddhartha School. The overarching topic for the same was ‘What is Vigyan Samagam?’ Over 300 students participated in the competition.
Prior to the competition, the students were enlightened about the importance of science and India’s contribution in the international science projects and how ‘Vigyan Samagam’ is bringing people closer to science and demonstrates the technical ability and scientific acumen of Indian Scientists in global mega science projects like CERN, FAIR, INO, ITER, LIGO, MACE, SKA and TMT.
The winners’ trophy was handed over to Pooja Yadav of Class 10th, the second and third position was grabbed by Rakesh Kumar of Class 9th and Neetu Kumari of Class 7th respectively. The quiz competition was aimed to provide a platform to the school students to showcase their knowledge and get motivated to gain more knowledge and remain updated about the scientific breakthroughs.
Kalpana Kumari, Principal, Siddhartha Public School, was overwhelmed to see such large number of students participating and shared that these types of quiz sessions and similar initiatives from the authorities would help the young minds to explore the area of science and technology.