The protagonist of the story is Sambhaw, a person of Indian origin who lives in Europe 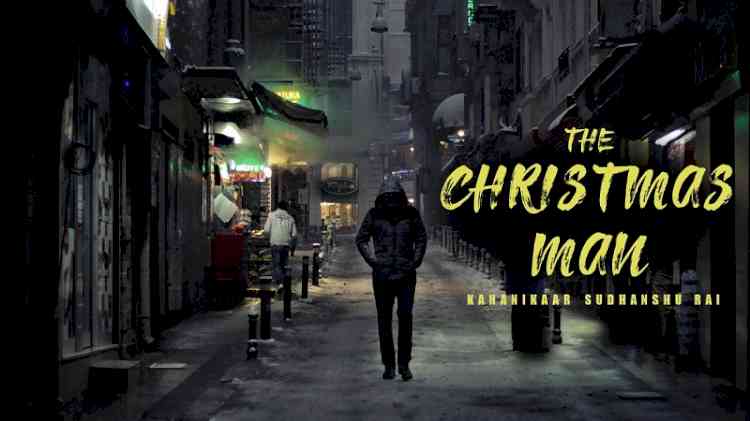 New Delhi: Renowned storyteller Sudhanshu Rai, who recently launched his storytelling show ‘Kahaniyaan – Kahanikaar Sudhanshu Rai Ke Saath’ on one of the leading FM stations ISHQ 104.8, is coming up with a special treat for his fans and listeners on the occasion of Christmas 2020. On the episode to be aired on December 25, Rai is set to captivate the listeners with his popular mystery story titled ‘The Christmas Man’. The story will also be published on Kahanikaar Sudhanshu Rai’s official YouTube channel and Facebook page.

The protagonist of the story is Sambhaw, a person of Indian origin who lives in Europe and is undertaking a train journey to reach his home ahead of Christmas. While he continues to stare at the snow-clad landscape from the train window, a fellow passenger named Thomas initiates a conversation, asking where he is headed. When Sambhaw mentions that he hails from Chronburg, Thomas instantly asks him about the stories around the town’s Christmas Man, who fulfills everyone’s wishes.

While the conversation continues, the train enters a tunnel and starts experiencing some turbulence and lights begin to flicker, and once the tunnel ends, Sambhaw and Thomas discover that a tall man has occupied the seat beside them. He identifies himself as Shengen Ports and joins in the conversation about the Christmas man, claiming he has already met him. Ports then asks both Sambhaw and Thomas about what wishes they would ask for if they happen to meet the Christmas Man. In response to it, Thomas says he would want a lot of money while Sambhaw says he would want to meet his friend Raman who went missing three years ago.

2nd International Conference on Relevance of Ka:rmik and Indic Studies to Contemporary...

My simple ways to inspire myself