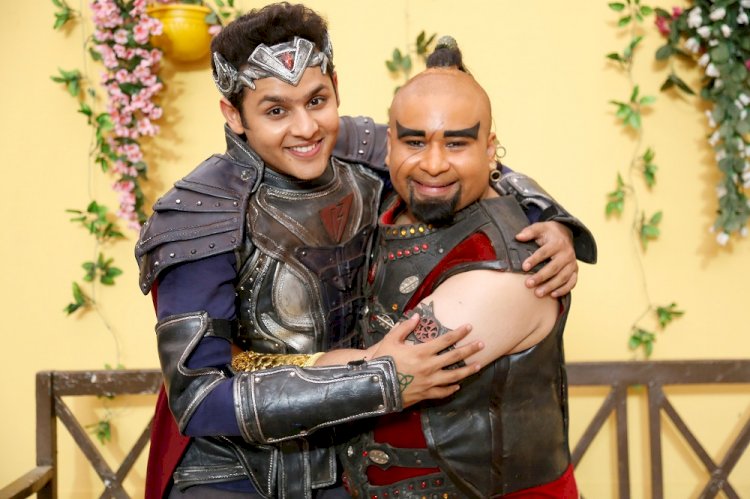 When two old friends reunite, memories are recreated. Such as been the case on the sets of Baalveer Returns where two long lost friends re-united for Sony SAB’s highly anticipated cross-over between two of Sony SAB’s most popular shows, Aladdin: Naam Toh Suna Hoga and Baalveer Returns. Co-actors turned friends, Dev Joshi and Raashul Tandon who have known each other from the days of Baalveer, had a fun reunion as Raashul Tandon shot on the sets of Baalveer Returns for an upcoming track that will witness Aladdin and Baalveer teaming up to fight their biggest ever challenge till date.

Dev Joshi thrilled about working with Raashul again, shared, “When I learnt that Raashul will be shooting with us on our set, I was really excited to meet him again. We had a lot of fun while shooting for Baalveer. Besides having a lot of fun, working with Raashul was a great learning experience for me too as I was very young and he helped me feel comfortable on sets. Post Baalveer we have even done a short film together. He is like a brother and our families also know each other really well. I am glad to have got an opportunity to shoot with Raashul again as he carries energy that is infectious, and he will always have some joke under his sleeve. The set brightened even more with his presence during the crossover shoot.”

Dev also added, “His entry as Ginoo, from the world of Aladdin: Naam Toh Suna Hoga, is really interesting because Ginoo will be again seen playing a negative role. Baalveer and Ginoo also have an intense action packed fight sequence. It was fun since we have never shot for such a scene together, we are eager to see the response from our viewers.”

Talking about his experience of working with Dev again, Raashul Tandon said, “I worked with Dev when he was a child and here we are three and a half years later, together under the same franchise. It was sheer nostalgia to be working with the same production team and my friends from the days of Baalveer. With Dev, specially, I share a great bond. We don’t even have to say things to each other; we simply have such an understanding. He has grown beautifully as an artist and it was a phenomenal experience reuniting with my family of Baalveer and meeting the entire cast of Baalveer Returns. Ginoo met Baalveer and magic was created.”