The beginning of a new yaari starting 31st August 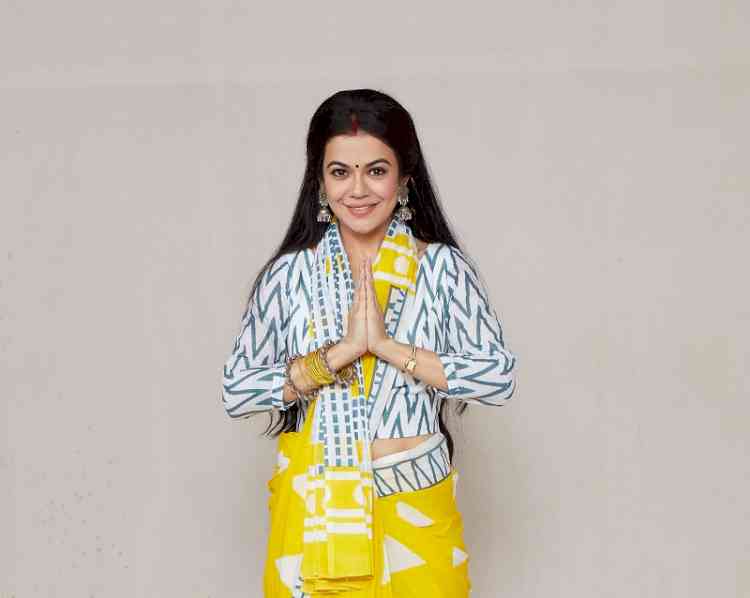 Father, a son’s first hero. But can this hero be his friend too? Will an attempt at friendship spoil or enrich the lives of a father and son? Sony SAB’s latest offering, Tera Yaar Hoon Main seeks to address this new age dilemma in a light-hearted and Indian family backdrop. The show features a stellar line-up including Ssudeep Sahir, Rajendra Chawla, Shweta Gulati, Ansh Sinha, Meghan Jadhav, Jaya Ojha amongst others and is all set to premiere on 31st August 2020 at 9 PM only on Sony SAB

Produced by Shashi Sumeet Productions, Tera Yaar Hoon Main is built on the lives of Jaipur’s Bansal family, the show draws inspiration from the evolving times and its effect on each generation in a family. Rajeev (Ssudeep Sahir) regrets not having an open and friendly relationship with his father, the patriarch i.e. Pratap Bansal (Rajendra Chawla) and does not want it to be the same with his teenage son, Rishabh (Ansh Sinha). Eager to keep up with today’s time and be a part of his son’s life, he takes the approach of becoming his friend in real and virtual life too. But Rishabh’s reluctance and embarrassment to be his father’s friend is a setback for Rajeev. While he loves and respects his father, he wants to just keep it at that and not have him as an intrusive ‘buddy’ in his life.

The show will keep the audience engaged with the son reacting to his father's attempts to be his friend in a series of consequences that are highly relatable and inspired by events that may have taken place in every average Indian household. While the show's fascinating story focuses on a father-son relationship, Tera Yaar Hoon Main is a perfect amalgamation of modern yet largely conservative average Indian household.  It is latest addition to Sony SAB's robust offerings of light-hearted and values-driven shows that appeal to the entire family.

Ssudeep Sahir, essaying the role of Rajeev Bansal said, “I am super excited as Tera Yaar Hoon Main is all set to launch on 31st August. The show has all the appropriate elements to be loved by every member of the family, as the events in the show are something that all of us might have experienced in our lives at some point or other. I play the character of Rajeev, a father to a teenage son (Rishabh). The entire show revolves around my unconditional love for him and my conscious attempts to develop a yaari with him. The events that lead-up as a result of my attempts to make friends with my son and Rishab's reaction to the same are bound to keep the audience meaningfully engaged.”

Ansh Sinha, essaying the role of Rishabh Bansal said, “I am thrilled to be a part of Sony SAB's Tera Yaar Hoon Main. I play one of the pivotal characters in the show Rishabh - who is naturally on the receiving end of his father's conscious attempts to be friends with him. I can totally relate to this show and my character as I have also faced some similar issues with my parents. The show will delicately take the audience to the entire journey of a typical mind of a teenager, and I firmly believe that everyone who is of my age, watching the show will relate with me."

Rajendra Chawla, essaying the role of Dadasa aka Pratap Bansal said, “I play the character of Dadaji or Rajeev's father in Sony SAB's Tera Yaar Hoon Main. I am confident that this show by Shashi Sumeet Productions will be loved by all Sony SAB fans. The show draws inspiration from the ever-changing dynamics of a typical Indian family, which typically makes the show highly relatable to the audience. The way, the show is written makes it extremely exciting for the audience and I can guarantee there won't be a single dull moment throughout the entire journey of the show.

Shweta Gulati, essaying the role of Jhaanvi Bansal said, “Sony SAB's Tera Yaar Hoon Main is a story of the Bansal family based in Jaipur. The show will take the audience through a delightful journey of a father who is trying to develop a special bond with his son. Besides, the show will also take the audience through the excellent relationship Risbhabh shares with his mother (me) and how it positively impacts the life at Bansal family. I can't wait for the show to release as I genuinely believe the show will gain a special place in the hearts of the fans."

Pankaj Berry misses his time on sets of Tenali Rama while...

As Holi is around the corner, &TV brings in a palate of...