Some sports federations are not allowing athletes to grow: Kiren Rijiju 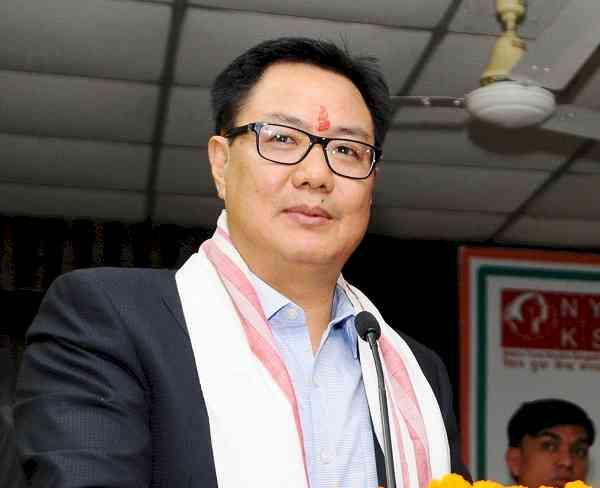 New Delhi, Oct 9 (IANS) Former sports minister Kiren Rijiju on Saturday said that there are a few federations in India that are not working properly and they need to be pulled up for the betterment of the sports.

Speaking at the India Today Conclave, Rijiju addressed the problems he faced while being the sports minister.

"In India, there are several sports federations. Some federations are managed very professionally. Some of the people who run the sports federations even spend their own hard-earned money to support their athletes and to create infrastructure and other facilities.

"So, I have two observations when it comes to sports federations, especially those federations that are not performing well... and they need to pull up their socks," the former Sports minister emphasised.

He further said that the government and federations need to protect the interest of the athletes "after all he/she will play for the nation".

"I never said it to the media or outside but I used to call them (federations) in person and scold them that they are doing wrong. And athletes should not suffer," he said.

"This country did not have a sporting culture but I can say proudly that it is growing now, especially after the Tokyo Olympics. We also need to promote Indian sports like kho-kho, mallakhamb, etc. We should not just play foreign sports and play Indian sports also. To develop a sports culture let us drive a campaign where citizens can be involved," he added.

'Cong to put shameful chapter of defections behind in Goa polls'

NCB says 14 detained but didn't know the 'witnesses' before raid

Alonso sets pace in final practice before the Sprint at...