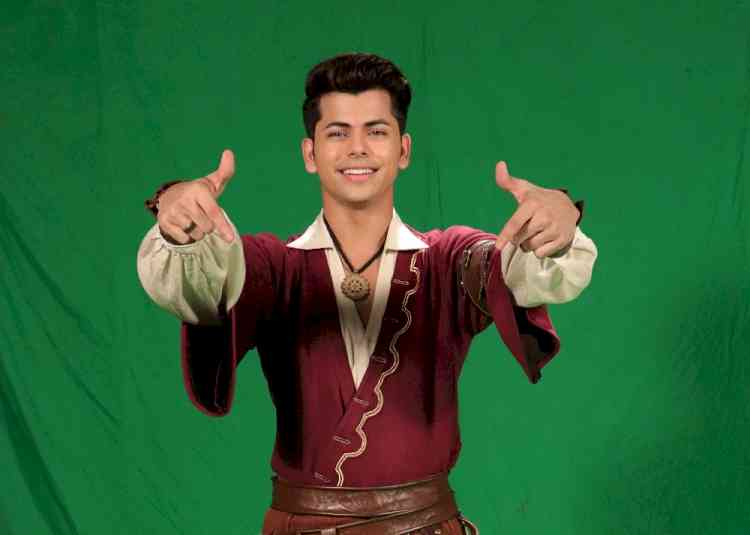 •    What new can the viewers expect in the show?

There is a slight change in Aladdin’s look and I think that the viewers are going to like it a lot. Apart from that, Mallika, the most powerful evil force has entered Baghdad to ruin everything. So, the story is going to take a rather interesting and thrilling turn as Mallika is about to make Ammi as her target and something unexpected is going to happen. The upcoming episodes are going to be more and more interesting and adventurous.

Aladdin has faced many evil powers that have attacked him and Baghdad and he defeated Zafar as well. However, Mallika has come with some supernatural powers and it is going to be extremely difficult for him to face Mallika and save the people.

•    How special is the role of Aladdin for you?

Aladdin is everyone’s favourite character from the fantasy world. I, too have been a huge Aladdin fan since my childhood. I have admired the character’s mannerisms, way of talking, his style, etc. So, when you get an opportunity to portray such a character, it automatically becomes special. Whenever I play a character, I try to be that person in real life too. It becomes easy for an actor to perform when he starts feeling his character in real life. Aladdin is very brave and always ready to go to any lengths to save his people and his country. So, I relate to Aladdin at many levels especially because I love my mother and my country just like Aladdin.

•    What took of you to prepare for the role of Aladdin?

No doubt, portraying Aladdin’s character was a very difficult thing for me. It was different from what I did earlier. My previous show was set in another zone and coming from that to a fantasy world, was a big change. That change in itself was a bit difficult for me as I was tensed for a week about how I would do that. There was pressure because Aladdin is an already established character and there are bound to be comparisons at some level. The show was also a completely different genre than shows that were already running on Sony SAB. To overcome all that fear, I lived like Aladdin for 1 week. I would recite my lines, practice his way of talking, walking and would rehearse for hours with the director. I had an added advantage of knowing gymnastics and that worked well for the character. Additionally, there was an element of comedy which would just tickle the viewers and getting that timing right was also very important. So, overall, I was committed toward this character and the show and worked hard to take the show where it is today.

•    What different will viewers witness in the upcoming episodes?

As everyone knows, we now have Ashi Singh playing the role of Princess Yasmine.,. So, it is a change for the viewers but I am confident they will give all their love and support to the show as they used to.

•    How was the first day, returning on the set after the lockdown?

There are a lot of new rules introduced on the set. We are supposed to ensure social distancing so communicating with the co-stars and the team has changed and we are trying to cope up with the new normal. Everyone has to compulsorily wear masks, carry sanitizer, keep surroundings clean and there is a proper process of sanitization that we have to pass through before entering the set. So, on the first day of resuming shoots, I was a bit nervous but on seeing the safety measures in place, I was a bit confident.

SamasyaVikat, Rama Prakat is the perfect description of...

It is rare for an artiste to play three different characters...