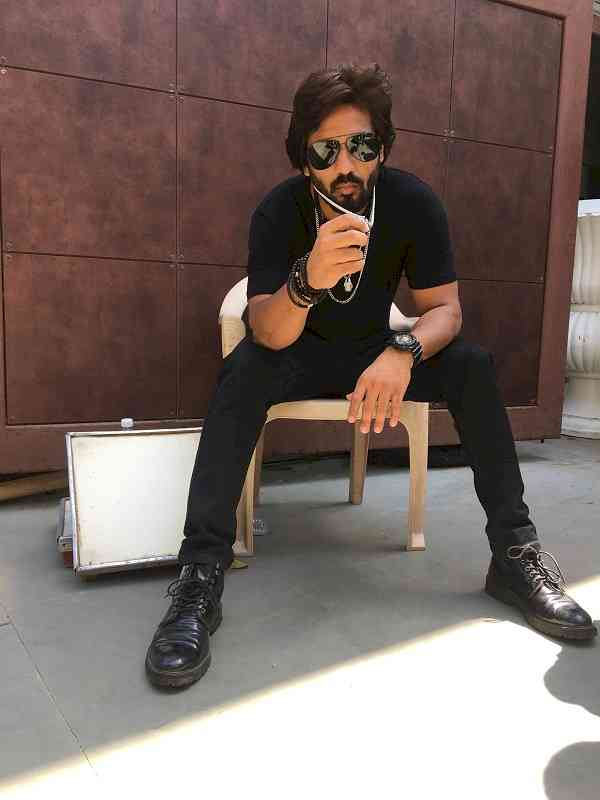 Sony SAB’s Hero – Gayab Mode On continues to keep the audience on the edge of their seats with some exhilarating and exciting twists and turns. While Shivaay’s entry has added a new twist to the show, the viewers must brace themselves for another plot twist as a new threat looms over Hero and Shivaay in the disguise of Guru Bhai. The upcoming episodes will witness the striking entry of Krrip Suri as Guru Bhai and the mystery behind his arrival on earth and much more.

Veer and Shivaay, as a team continue to save people on earth. The duo come across a resort where they witness a gang of goons torturing the people Veer, channelling his inner Hero comes to the rescue and saves everyone at the resort. While Shivaay is proud of Veer’s courage, Guru Khatri – the gang leader, is in fumes after learning about his gang’s defeat at the hands of some hero. On the other hand, Veer and Shivaay are determined to find the gang’s leader and teach him a lesson. But it will not be as easy as it appears. Guru Khatri’s entry is set to raise a lot of questions in Veer and Shivaay’s life.

Who is Guru Khatri? Will Veer and Shivaay be able to defeat him?

Abhishek Nigam who plays the role of Veer, said, “Whenever I watched a superhero movie or a show, I always dreamt of becoming one and thanks to Sony SAB I have got this opportunity to play a superhero who saves earth. It would be very interesting for the viewers to watch the upcoming episodes of Hero Gayab Mode On and the entry of Guru Khatri. A bigger threat lies ahead of Veer which he is not aware of yet. It will be interesting to watch how Veer and Shivaay uncover the mystery that clouds Guru Bhai’s arrival and a lot more. Stay tuned to the upcoming episodes and brace yourself for a thrilling twist that awaits.”

Krrip Kapur Suri who will be seen entering the show as Guru Bhai, said, “The response I am getting for essaying the role of Guru Bhai is overwhelming. It has been a wonderful experience working with the new cast and this character of Guru Bhai is certainly growing on me. It is a powerful character but at the same time there is a mystery around him that will unfold gradually. There’s a lot to Guru Khatri that meets the eye, and I am excited for our viewers reaction to the upcoming episodes. Guru Khatri will be challenged for the first time and he isn’t the one who backs down. I am certain that the viewers will enjoy the upcoming storyline and I shall continue to put my best foot forward to entertain them with my character and performance.”

Hansika Motwani is all set to start her Punjabi innings

Megha and Ankit spilled secrets about each other from the...