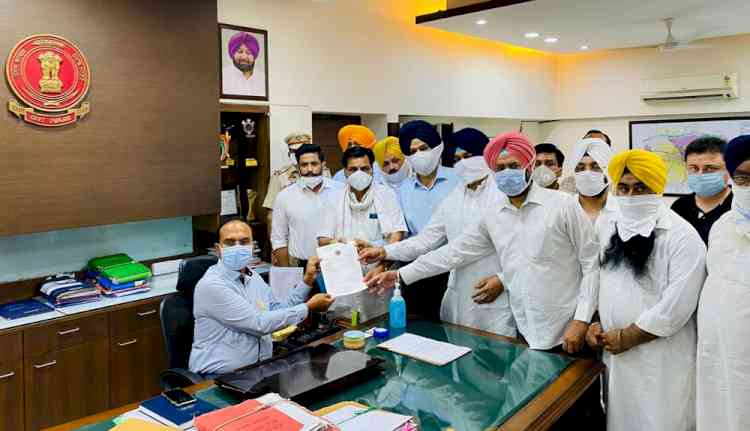 •    Financial Package for Industry & Trade
A financial package for the small and medium scale industries as well as traders as had been done by other State governments including Gujarat, Karnataka, Kerala, Tamil Nadu and Uttar Pradesh. This package could include a clause whereby the State government should take on the responsibility of paying salaries of industrial workers during the lockdown period.

•    Refund of pending VAT with government
Around 80 crores of industries money are stuck with the government in form of pending VAT refunds, this money is not a grant or subsidy, this is industry's own money which should be released with immediate effect to facilitate the industry in this period of crunch.

•    Increased VAT on Fuel
Recently, the state government has risen the VAT on Petrol and Diesel, giving the major hike in fuel prices in Punjab. So, government should rollback the increased VAT immediately and provide relief to the trade & industry.

•    Waiver off Property Tax
Government is asking the landlords to not to collect rents from tenants in this period of crisis, on the other hand, government is realizing notifications to deposit the property tax, why this discrepancy? government should waive off the property tax completely, at least for the financial year 2020-21.

•    Arrange Free Trains for Labour Return
As soon as the industry got the permissions to operate, the government started free trains to UP/ Bihar and other labour prone states, industrialist could only see the plight of labourers. Now as the Industrial and Trade are fully operational, the government of Punjab should arrange trains to get back the labourers from their states to Punjab, with immediate effect.

Dream Company to work for in real estate – Embassy Group