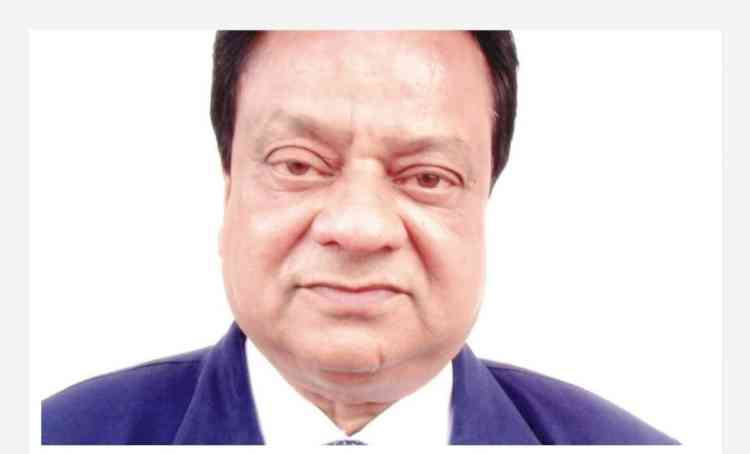 Dharamsala: Dharamsala's senior journalist Ashok Mahajan passed away. Ashok Mahajan, 69, was unwell for some time and died on Saturday at Mohali Fortis. Mahajan became corona positive on 2nd may this year, he was later declared negative, but struggled by the side effects of this deadly disease.

Late Ashok Mahajan, worked for the last 40 years in the field of media. He   held various positions in Press Club Dharamsala.
DC Kangra Rakesh Prajapati and all the officers of the district administration have also expressed grief over the death of Ashok Mahajan.

HIMACHAL CM CONDOLES DEMISE OF ASHOK MAHAJAN
Chief Minister Jai Ram Thakur has condoled the sad demise of senior journalist and Dharamsala Bureau Chief of Hindi Daily Aapka Faisla Ashok Mahajan who breathed his last at Fortis Hospital Mohali today. Chief Minister said that Ashok Mahajan was a senior journalist who would be remembered for his commitment towards the profession. He prayed to the Almighty to grant peace to the departed soul and strength to the bereaved family members to bear this irreparable loss.

Bilaspur lad on a mission to train youth in two -wheeler...