Her Jaipur visit was kept a secret 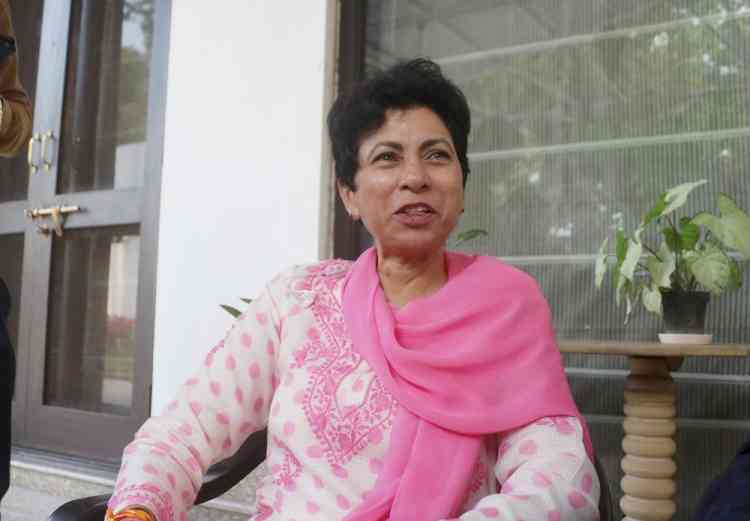 Jaipur: Haryana state Congress president Kumari Selja, on Sunday night, made a silent and surprise visit to Jaipur, went to Chief Minister's residence, had a long discussion with Ashok Gehlot and then she quickly returned back to Delhi on Monday morning.

Her silent, sudden and quick trip to Jaipur has left one and all guessing and has triggered fresh speculations about cabinet reshuffle in the state.

Congress sources said that it is highly likely that the long meeting of Kumari Selja with the chief minister is directly linked with the possible reshuffle in Rajasthan.

On Sunday, Rajasthan Congress in-charge Ajay Maken held discussions with Rahul Gandhi on issues related to Rajasthan. Soon after the meeting, late in the evening, Kumari Selja was sent to Jaipur to meet Gehlot.

Sources said that Selja met Gehlot at the behest of the party high command.

Maken during his recent visit to Jaipur had received complaints by MLAs about poor performances of some cabinet ministers, which triggers speculations that a few ministers will be dropped.

Selja is a confidante of Sonia Gandhi and she might have come with a message from the Gandhi family, said veteran leaders here.

The party, however, did not issue any statement regarding her visit to Jaipur and meeting with the chief minister.

Kumari Selja, considered a strong supporter of Ashok Gehlot, was the chairperson of the screening committee to decide the tickets in the last assembly elections. Earlier, she also handled the responsibility as Rajasthan in-charge.

However, this time, her Jaipur visit was kept a secret. Even the vehicles that came to take her from the airport to the CM's residence belonged to Haryana.

Row over BJP flag being placed over national flag