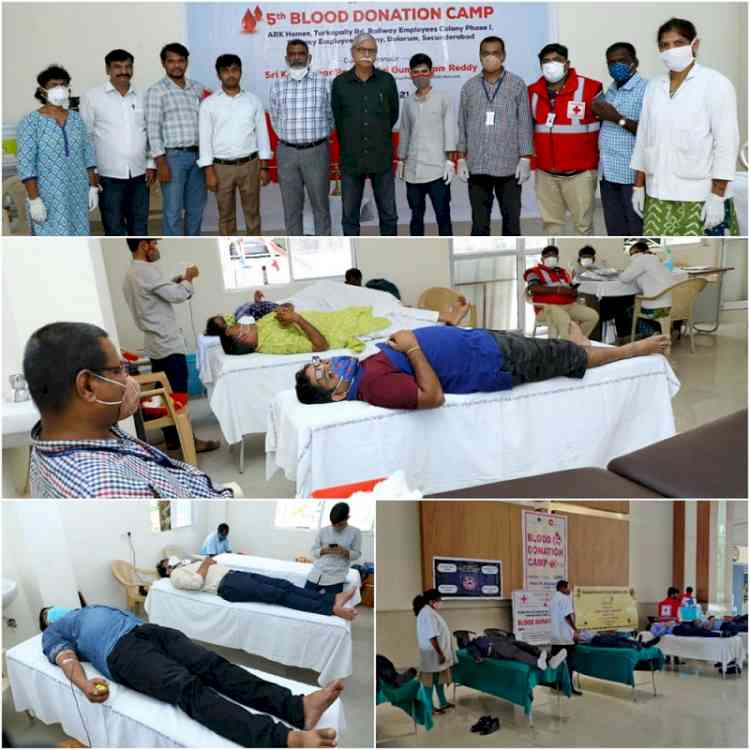 A snapshot of blood donation drive.

Hyderabad: Tomorrow is the World Blood Donor Day which  is a joint initiative of the World Health Organization, the International Federation of Red Cross and Red Crescent Societies. The aim was to raise global awareness of the need for safe blood and blood products for transfusion and of the critical contribution of voluntary, unpaid donors make to national health systems

This year’s slogan, “Give blood and keep the world beating,” aims to raise awareness during a time of crisis, reaching out to all eligible donors to contribute towards maintaining supplies of safe blood.

A total of ten drives/camps were organized in the last two weeks. It resulted in the collection of 2995 units of blood in these difficult times.

Blood is something everybody has and everybody needs it. But, nobody donates it especially during times like these.

These Blood Donation camps were organised by SCSC (Society for Cyberabad Security Council) and Cyberabad Police in association with Red Cross Society and Thalassemia Sickle Society.

Given the present Corona pandemic and lockdown, the availability of blood at the blood banks reached alarmingly low levels. Blood is very much needed for patients undergoing surgeries and for children suffering from Thalassemia. For the survival of Thalassemia patients, they need blood transfusions every 3/5 weeks.