The last date for public comments on the Union Government’s proposal is August 16, 2020 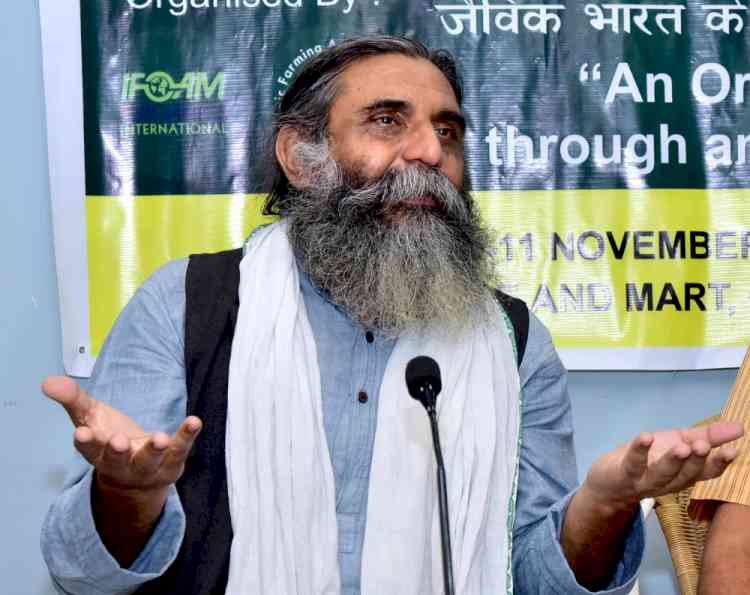 Kheti Virasat Mission, a non-governmental movement to promote organic farming in Punjab, welcomed the Government’s proposal and asked for more pesticides to be banned and phased out too. “Punjab, more than any other state, has borne the brunt of the negative impacts of pesticides in numerous ways. Farmers in the state who have adopted organic farming are showing a way forward, and we need the state government and the research bodies to build on this strength”, he said.

Dr V K Dilawari, noted entomologist said that “Review Committees have been postponing decisive action for prohibition on the pretext that requisite data on environmental and human health impacts is not available. These review committees end up asking the pesticides industry itself to generate the required data. Now, why would the industry do it unless their license to manufacture or sell is cancelled, or even if they did, what would be the credibility of such data? Will they present data that shows harmful effects, when they have a direct conflict of interest in the matter? So far, no accountability has been fixed for lack of data. The Government should think of re-shaping the All India Network Project on Pesticide Residues from being just a monitoring project to a research project that captures at least environmental impacts of pesticides. I also welcome the proposal to ban 27 pesticides as a step in the right direction”.

Another well-known entomologist and IPM expert Dr Ramesh Arora said that most of the agricultural universities and National Agricultural Research Centres (NARCs) are making efforts to replace the banned pesticides with new generation pesticides in their recommendations for the farmers. “This is not a desirable approach to IPM. Like in Europe, in India also, there is a need to replace banned chemical pesticides with non-chemical approaches, especially cultural control practices and biological control. Ecosystem biodiversity in the form of inter-crops, trap crops, and plants in the adjoining fields/ non-cropped areas may help to keep the populations of most pests at sub-economic level, wherein predators and parasitoids will also thrive and keep pests under control. Further, more than 300 species of natural enemies are commercially produced and utilized for management of insect and non-insect pests and weeds around the world whereas in India, hardly around a dozen species of natural enemies are mass multiplied”. Dr Arora also added that experience shows that such approaches are fast-tracked only when chemical pesticides are no longer available. “Thus, the banning of these 27 pesticides represents a golden opportunity for the agricultural universities to take the big leap required towards bio-intensive IPM for environmentally safe crop protection in the coming years”.

The Government of India’s proposal to ban 27 pesticides comes after an Expert Committee headed by Anupam Varma reviewed 66 pesticides in 2013-15 and after the recommendations of the Committee were accepted along with the regulators’ decision by Ministry of Agriculture in 2016. These pesticides have been implicated in many occupational poisonings around the country, as well as those that have been responsible for rejection of export consignments from the country. Rice exporters have been asking for a ban on several of these pesticides to tighten trade security.

Kheti Virasat Mission pointed out that there are also numerous environmental impacts of these pesticides such as toxicity to bees and aquatic life. “These 27 pesticides form less than 10 per cent of the 289 pesticides registered for use in India right now. Alternatives are already available. The Government of India should go ahead with the proposed ban”, said Umendra Dutt of Kheti Virasat Mission.

NephroPlus scales up operation across 120 centres in India...