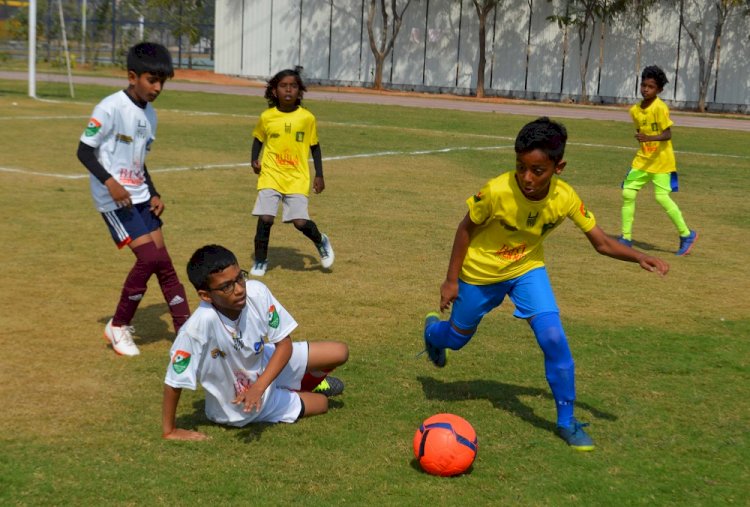 In U-15 Boys, Golconda Government emerges victories by scoring 6 goals against 1 by Aga Khan Academy.  U-18 Boys, Agakhan Academy proves its mettle by defeating KV2 Golconda by 4-0 goals

SFL was born to provide a high-quality competitive tournament experience to young players. The idea is to build and engage communities through Football and reignite the passion for football to put Hyderabad back on the national map.

U-15 Girls Category, Pebble Creek girls showed supremacy over KV 2 Golconda by defeating them 3-0 goals.
It was an eleven side football game. This format, according to organizers, tested players to their limits on the physical, mental and tactical aspects of the game. With each half 30 minutes, it was an hour game.

All these teams put together they payed 172 league matches to reach to the Semi Finals.

The players who will visit during the Presentation Ceremony include:  Marcelino ; Stanković ; Kilgallon ; Adil ; Kamaljith ; Bobo

“The city was once the hot-bed for football. 8 players out of the Indian Football team that defeated Australia on December 01, 1956 in the quarterfinals of the Olympics in Melbourne were from Hyderabad. Over the years, the city has produced 14 Olympians and 21 International footballers. The Hyderabad Police Football team was one of the most respected teams by fans and rivals alike. Such was the dominance of Hyderabad on the sport both at national and international football scene. What happened to those days? Who knows that past glory of this great city? It is time to bring our glory back! Says, Himanshu Charan.

SFL was born to provide a high-quality competitive tournament experience to young players. The idea is to build and engage communities through Football and reignite the passion for football to put Hyderabad back on the national map.  It is also our endeavor to nurture a generation of players and fans who will carry India into FIFA WC  2026, added Himanshu.

Tata Motors to gift an Altroz each to Indian athletes who...