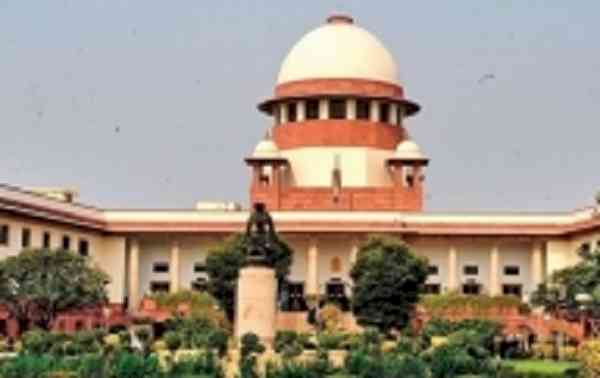 New Delhi, Sep 28 (IANS) The Supreme Court on Tuesday ruled that a consumer forum is primarily concerned with an allegation of deficiency in service and cannot subject the surveyor's report to forensic examination.

A bench of Justices Hemant Gupta and V. Ramasubramanian said: "Once it is found that there was no inadequacy in the quality, nature, and manner of performance of the duties and responsibilities of the surveyor, in a manner prescribed by the Regulations as to their code of conduct and once it is found that the report is not based on adhocism or vitiated by arbitrariness, then the jurisdiction of the Consumer Forum to go further would stop."

The bench said: "A consumer forum which is primarily concerned with an allegation of deficiency in service cannot subject the surveyor's report to forensic examination of its anatomy, just as a civil court could do."

The top court's judgment assumes significance, against the backdrop that the firm sought increasing the insured amount, pointing that loss of articles was not properly assessed.

The bench upheld the findings of the National Consumer Disputes Redressal Commission (NCDRC), which said that the firm was "not entitled to succeed unless they were able to establish any deficiency in service on the part of the insurance company."

The bench said since the claim was admitted, then the jurisdiction of the special forum constituted under the Consumer Protection Act, 1986 is limited. It added, "perhaps if the appellant had gone to the civil court, they could have even summoned the surveyor and cross-examined him on every minute detail. But in a complaint before the Consumer Forum, a consumer cannot succeed unless he establishes deficiency in service on the part of the service provider".

The top court judgment came on an appeal of firm Khatema Fibres Ltd challenging the NCDRC order, which held that its insurer, New India Assurance Company Ltd, was obligated to pay Rs 2.86 crore as insurance claim, according to the report submitted by the surveyor.

A fire had broke out in the factory premises on November 15, 2007, and the firm claimed the quantity of waste paper destroyed was 8,500 MT and valued it at Rs 13 crore.