Drive to continue till time there is no positive case in district: DDPO 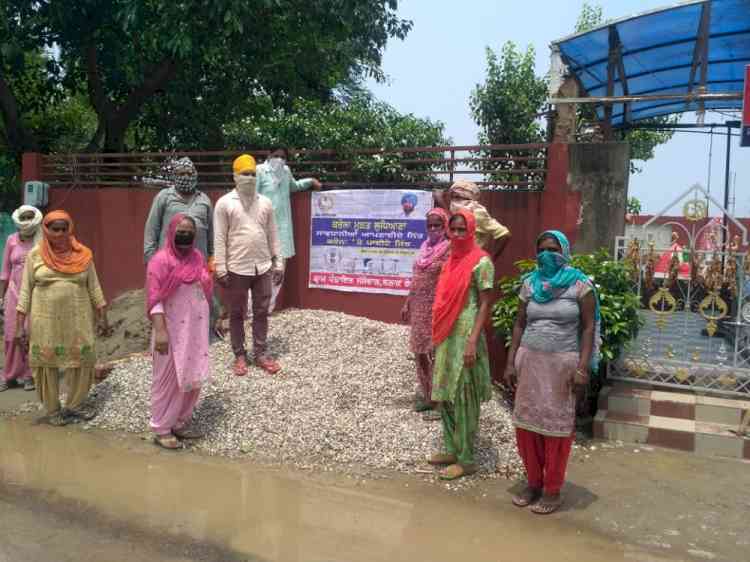 Ludhiana: Under the Mission Fateh of the Punjab government, the Rural Development & Panchayats Department through sarpanches and panches continue to create awareness amongst the masses by organising ground activities in different villages of district Ludhiana. The officials are also educating the masses by visiting door to door, which has been appreciated by Deputy Commissioner Mr Varinder Sharma.
While providing information, District Development & Panchayat Officer (DDPO) Mr Peeyush Chander stated that the sarpanches, panches and Guardians of Governance (GOGs) are continuously making people aware about COVID 19 in their respective villages. He said that the residents were educated about wearing masks whenever they step out of their houses, maintain physical distancing and wash hands after short intervals.
He said that the officials are visiting 941 village panchayats in district Ludhiana and making people aware. He said that they are also educating the MGNREGA workers that they should maintain at least 6 feet distance between each other at their workplace and should always wear masks, should not share their utensils with others and should not consume tobacco.
He said that earlier also, the panchayats had played an important role in keeping their respective villages safe by holding checkpoints at the entry and exit of their villages. He said that the BDPOs played an important role in today’s drive. They also appealed to the panchayats that whenever any outsider enters their village, they should intimate the block office and health department immediately.
Launched under the aegis of Information and Public Relations Department of Punjab government, Mission Fateh campaign has been launched to make the people aware about the precautionary measures taken by the government and the health department to prevent the spread of Corona virus in all rural and urban areas of the state.
Deputy Commissioner Mr Varinder Sharma said that apart from this, the Punjab Government would select the person /organisation uploading their photo on the Cova app at the state level, the list of which would be sent to the district administration so that they would be encouraged through badges and t-shirts. People interested in participating in this contest should download COVA app on their mobile phones and the registration for the same have already started. Besides, people can also get connected with Mission Fateh by giving a missed call at phone number 94653-39933.

Problems and complaints of minorities should be resolved in a timely manner, says...