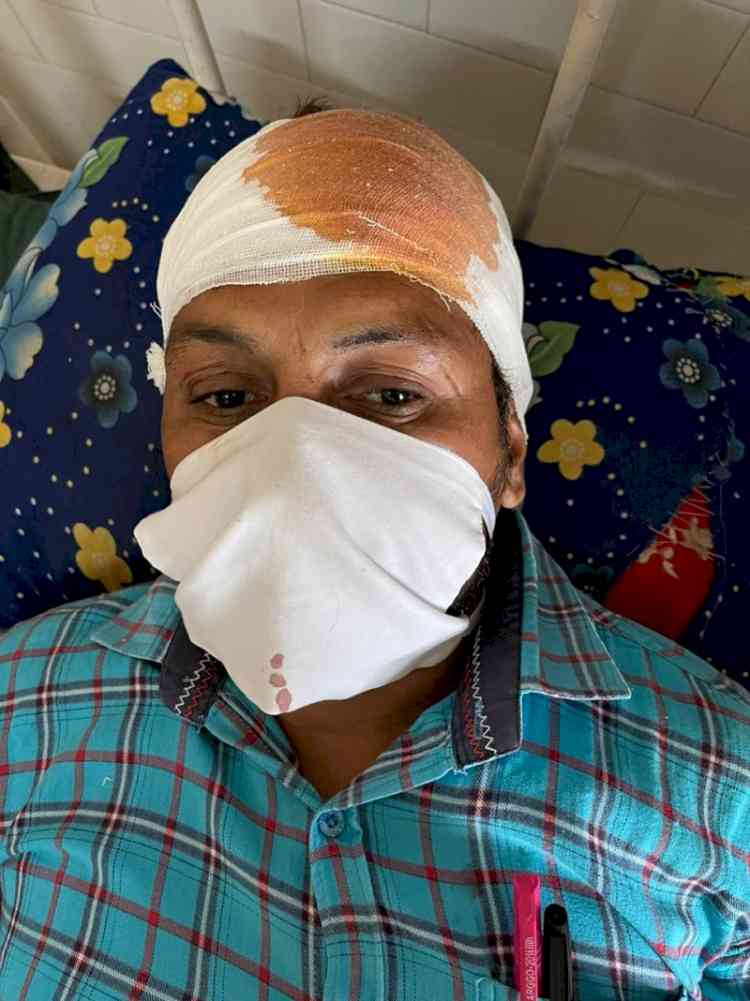 Suraaj Mohammed, a multipurpose health worker who has sustained injuries.

Ludhiana: In an unexpected turn of events, a sampling team on Thursday morning was attacked in village Rachhin village of Pakhowal block in Ludhiana District. A member of the team named Suraaj Mohammed, a multipurpose health worker has sustained injuries on this forehead and subsequently rushed to Community Health Centre (CHC) Pakhowal for treatment.

In a statement, Suraaj Mohammad told the Police that he was attacked with a brick by one villager named Jaspreet Singh while he was sensitizing villagers to come forward for Covid-19 testing.

Mohammed stated that the accused was reluctant to give his sample and launched a sudden attack on him by throwing a brick on him. He added that the brick struck him on his forehead leaving a sharp wound there. The Police have registered an FIR against the accused Jaspreet Singh under various sections of IPC.

Terming this instance extremely unfortunate, Deputy Commissioner Varinder Kumar Sharma said that such acts were highly unwarranted and severest of the actions would be taken against those trying to derail the efforts of the government to contain the virus spread.

He further urged rural folk to shun hesitancy for testing and Immunization as these were the most effective measures to keep Covid-19 at bay. 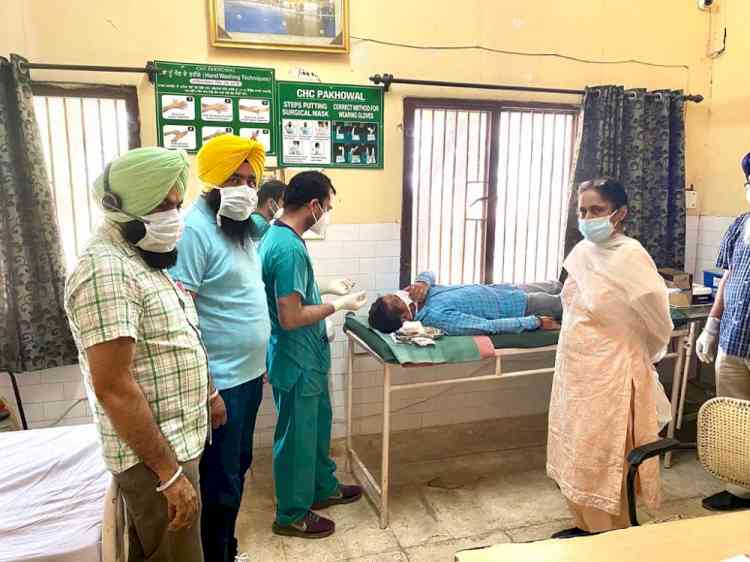 Punjab CM extends Covid restrictions till June 10, but limit on passengers in pvt...