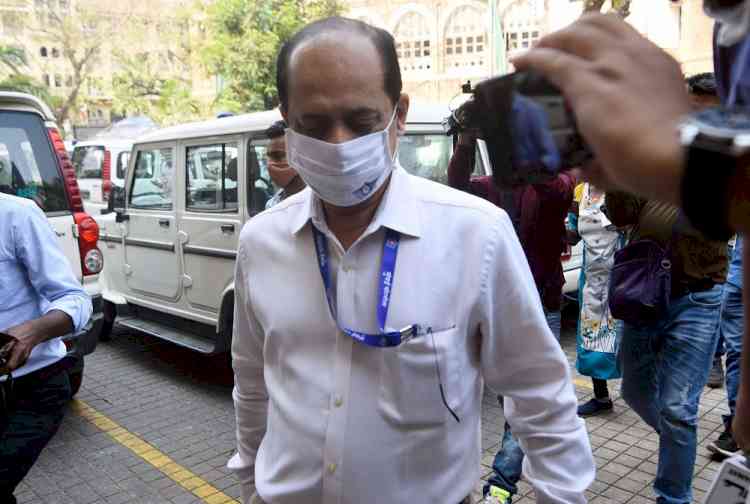 Mumbai: A Special NIA court on Thursday declined default bail to sacked Mumbai police official Sachin Vaze, the prime accused in the case pertaining to planting a SUV near industrialist Mukesh Ambani's house, followed by the murder of the vehicle owner Mansukh Hiran.

Observing that Vaze's plea was without merits, and could attracts costs, the court said that it was not doing so since he is in custody.

Arguing in person for bail, Vaze contended that he was entitled to default bail since the NIA had failed to file its charge sheet in the case within 90 days after his arrest on March 13 this year.

This was his second bail plea after the first one on June 9 was rejected by the special court, which had granted two months' time to the NIA to file its charge sheet.

Opposing the bail plea, the prosecution argued that Vaze was booked under the Unlawful Activities Prevention Act (UAPA) and the NIA needed more time to investigate the matter.

Citing precedents, ex-Assistant Police Inspector Vaze submitted that in the court, when a person is arrested, only the original offences under which he is booked are counted for filing the charge sheet and not the subsequent offences added later.

Currently lodged in the Taloja Central Jail in Navi Mumbai, Vaze was first arrested and charged under various sections of the IPC, and later the provisions of the UAPA were added.

Accordingly, the time period for filing chargesheet within 180 days was not applicable to him and he was entitled for bail after 90 days under the original IPC charges for which he was nabbed, he argued.

Vaze is one of the prime accused in the sensational case in which a SUV Scorpio with 20 gelatin sticks and a threat note was found abandoned outside Antilia, the home of Ambani, on February 25.

On March 5, the Mumbai Police recovered the body of the vehicle's owner and businessman Hiran from the Thane Creek marshes.

A total of 10 persons, including several cops besides Vaze, a cricket bookie and others have been arrested in the case, the offshoots of which led to the transfer of then Mumbai Police Commissioner Param Bir Singh, besides a major political row in the state.

FIR filed against SFJ chief in Gurugram on sedition charges

Film Industry wants Himachal to be open for shooting: CM

Governor of Chandigarh flags off city’s first ever electric...