Gets overwhelming response for the auditions 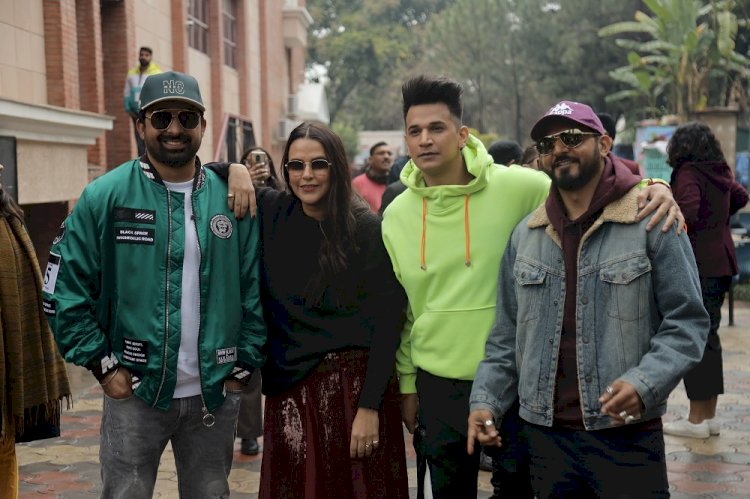 Chandigarh: Raw, Riveting, Revolutionary – this is what defines the 17th season of India’s longest running adventure reality show. Backed by a new theme, Roadies Revolution is a perfect ode to unrivaled adventure but with a purpose - an intent to drive social change.  Moving beyond the realms of a reality show, Roadies, this time, aims to revolutionize and bring about social impact, one task at a time. Post 16 seasons of resounding success, the show leaps ahead to hunt youngsters who have it in them to challenge the ordinary and stand out.

Celebrity leaders Nikhil Chinappa and Prince Narula along with Rannvijay Singh were present at Chandigarh auditions to speak about driving social and behavioral change through Roadies. Keeping the unrivaled spirit of a Roadie at its core, the celebrity leaders spoke about introducing daunting tasks this season that inflict a real and tangible impact in society. As Nikhil Chinappa and Prince Narula went head on to shortlist the best for their teams, ringmaster Rannvijay Singh ensured that the participants have a tough time in the grueling auditions.

Neha Dhupia, who completes 5 years with Roadies this time said, “I can’t believe it’s my fifth year in Roadies already. This show has changed me in so many ways over the last four seasons prepping me up better for every challenge. What makes me come back is the ability to explore something new each time and face the unexpected. This season, we aim to channelize the undying spirit of a Roadie to drive something meaningful. This show has been a cult amongst the youth for years and there couldn’t have been a better platform to action this change.”

Rannvijay Singh, the force to reckon with Roadies said “17 seasons and counting, that in itself speaks volumes of the overwhelming impact Roadies has had on the Indian youth. It’s the ability to explore newer themes every season that has still kept the show relevant. This time, we rise above individuals and aim for a higher purpose that calls for courage and commitment alike. Here’s hoping to meet some dynamic contestants determined to make a difference.”

King of reality shows, Prince Narula said “Roadies is like homecoming to me. From being a contestant to a celebrity leader, this show has shaped me better both professionally and personally. This time, the show is backed with a greater purpose of impacting the society which will be a tough test for the contestants. I am looking forward to the newer challenges and a great deal of learning.”

The ever-composed Nikhil Chinappa said, “No other show resonates with the term revolution better than Roadies. Over the last 16 years, the show has influenced the psyche of India's youth like no other show, which makes it the most credible platform to drive behavioral changes towards social concerns. This season won’t just be about doers but givers as well and it would be interesting to see who emerges as the best in both.”

Raftaar who couldn’t be present for the auditions conveyed “We won it last time and we will look to repeat history, this year. Roadies has been a defining show for the Indian audience and with this year’s theme, I hope we are able to create newer benchmarks in creating social impact.”

Actor Rohit Pathak locked himself in a house

What! Shivaay to resurrect Amal Nanda from the dead in...