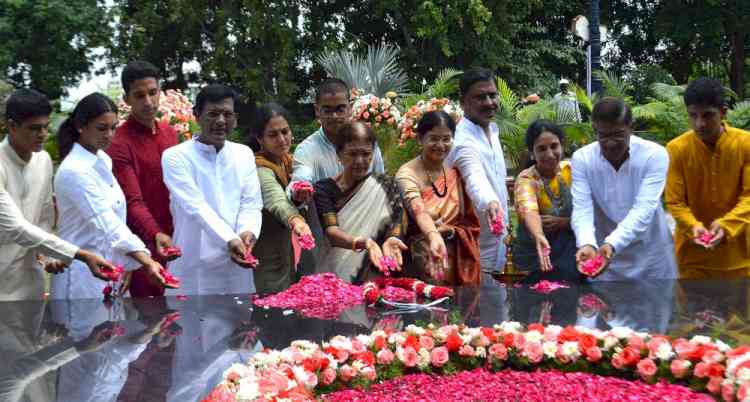 Jaipal Reddy's wife and family members seen paying tributes to him on his 1st Death Anniversary here in the city at Necklace Road at SJR Ghat.

Very limited guests were allowed due to prevailing situation and social distancing concerns.

Shri Jaipal Reddy, politician par excellence, was the Member of Parliament seven times and Union Cabinet Minister thrice. He had a political career spanning over 50 years. He was a brilliant parliamentarian known for his oratorical skills and political acumen. His speeches were packed with knowledge, information, criticism and wit. He passed away last year (2019) on July 28th at the age of 77 years, who despite of his physical disability carried on his journey with grit, determination and stood as inspiration to many.

FIR would be slapped against, pachayat or urban body members...

17 government schools of Kangra district to be developed...