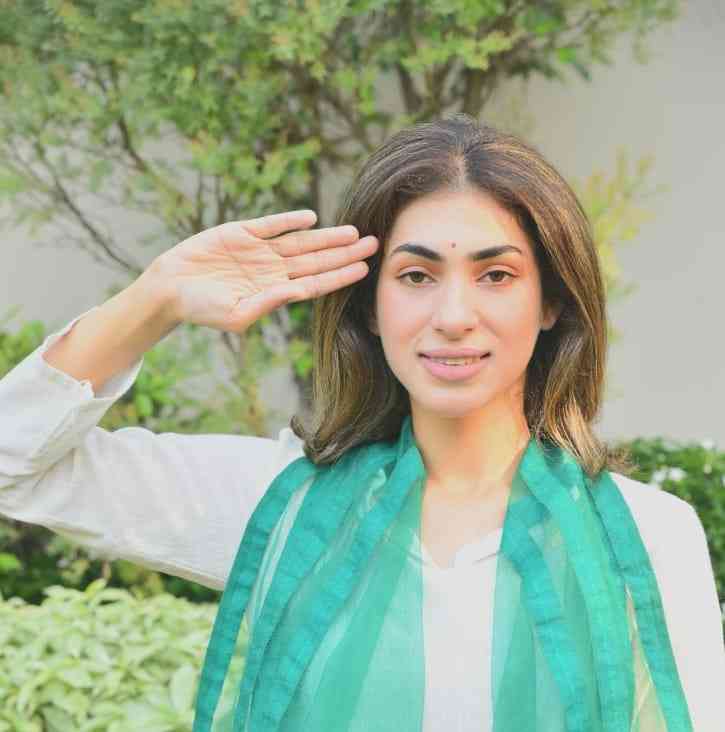 Srishti Jaitwani, a resident of Ludhiana.

Ludhiana: Under the guidance of Deputy Commissioner Ludhiana Mr Varinder Kumar Sharma and Commissioner of Police Mr Rakesh Kumar Agrawal, a city resident Srishti Jaitwani, with the support of several other city residents, have come up with a song that mainly focuses on boosting the morale of everyone around us during the ongoing Covid 19 pandemic, along with paying tribute to our armed forces veterans on the Independence Day.

It is pertinent to mention that earlier also, the same resident had come up with an awareness song related to Novel Coronavirus (COVID 19). As India along with the rest of the world grapples with the grimness of COVID 19, the citizens of Ludhiana have come together to come up with a song as a testimony to the fact that Punjab is a land of undaunted spirit, solidarity and strength.

Deputy Commissioner Mr Varinder Kumar Sharma informed that this song is a symbol of collective hope, faith and positive outlook during these extremely trying times, along with a tribute to the veterans of our armed forces.

This Independence day, Citizens and District administration of Ludhiana have come together in a song titled "Apna Karwan" which is written by Srishti Jaitwani, sung and composed by Arvind Singh Rajput and edited by CrossWrite publishing company. Renowned social activist Radhika Jaitwani has played an instrumental role in putting this song together.

Srishti Jaitwani said that "Apna Karwan" pays a heartfelt tribute to all our veterans who have played their respective part in shaping, liberating and protecting our country. Lt General Iqbal Singh Singha, Brigadier SS Gill, Col DB Sharma and Lt Col Kahlon have graced the song with their esteemed presence.

Radhika Jaitwani said that Mr Varinder Kumar Sharma, Commissioner of Police, Ludhiana Mr Rakesh Kumar Agrawal have generously participated in the video along with other forthcoming citizens of our city from various cultural and social fields.

Special lighting being used to project tricolour on historic and iconic Clock Tower...

During fb live, Punjab CM extends 9 pm- 5 am curfew to all cities