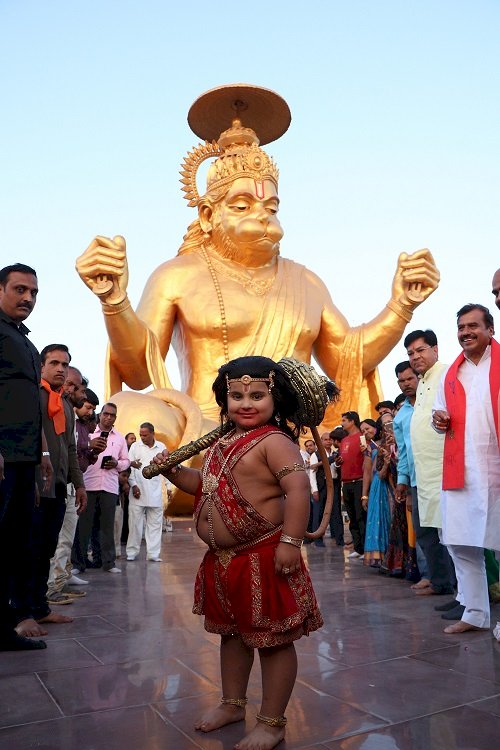 ‘Bhakti’ is considered as one of the most supreme human emotions. For every God, there is a devotee, but it is Lord Hanuman’s unyielding devotion and selfless dedication to Lord Ram that truly sets him apart and makes him the epitome of ‘Bhakti’. &TV’s newly launched mythological show Kahat Hanuman Jai Shri Ram has been cultivating its audience with interesting folklore of the young Hanuman so much that the show’s notorious, yet smart Hanuman has grabbed the attention of the audience with his innocent and fun tactics to solve difficult situations in a snap. Lord Hanuman was the closest to his Mother Anjani who tried protecting him from all vices and negativity of the world. The loveable relationship of the two was witnessed by the people of Indore while they visited the grand opening of the Hanuman Pranpratishtha in the city.

Seeking blessings from Lord Hanuman himself Bal Hanuman of &TV played by Ekagrah Dwivedi and Anjani played by talented actress Sneha Wagh were seen unveiling the 72 by 72 - foot statue at Pitra Parvat in Indore made of Ashtdhatu and visit the biggest Hanuman Pranpratishtha. The installation of the statue took 15 – 16 years starting in 2002. The statue is the result of the devotees of Indore paying homage to their ancestors by planting trees on the hilltop. It is said to be one of India’s tallest octa – metal statue erected in recent times by the efforts taken by exceptional artisans.

Expressing her excitement and gratitude to be present at the magnum opus opening of this huge work of art, Sneha Wagh shares, “It gives me immense pleasure to be able to unveil the 72 by 72-foot statue of Lord Hanuman. I have visited Indore in recent times and have been aware of such a great work of art in the making for the devotees of Lord Hanuman in the city. Having known this and now being a part of the grand opening couldn’t make me happier with absolute gratitude towards the city. I am glad that our show Kahat Hanuman Jai Shri Ram has been showered with so much love and respect by the entire country that we are receiving this honour to be present at such a magnanimous event.”

Adding to the happiness of Sneha, Ekagrah Dwivedi (Bal Hanuman) shares, “Lord Hanuman is a living God and I feel blessed to be a part of this grand opening and seek Lod Hanuman’s blessings for our show Kahat Hanuman Jai Shri Ram. These days young children get disheartened very quickly in times of crisis. In such a situation they should seek blessings from Lord Hanuman as he is rightly called ‘Sankatmochan Mahabali Hanuman’ by bhakts all over the world. Lord Hanuman gives us inspiration and strength to overcome all tough situations in life.” 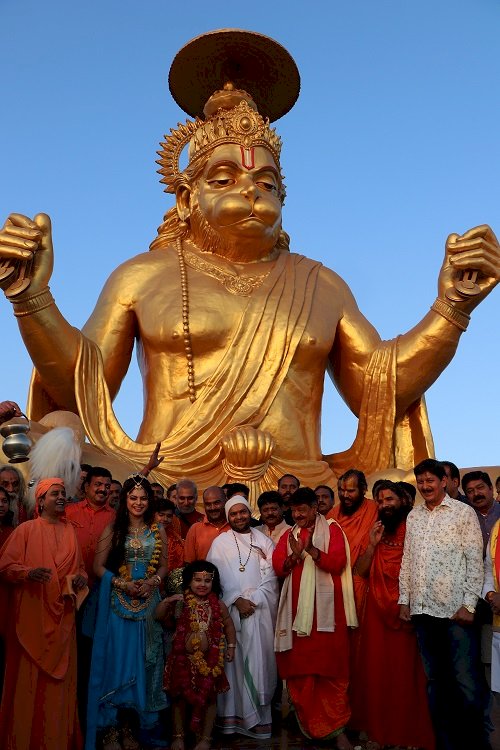 Excellent result of BCA Semester I

Leadership is behavior, not a title: Vinita Bali