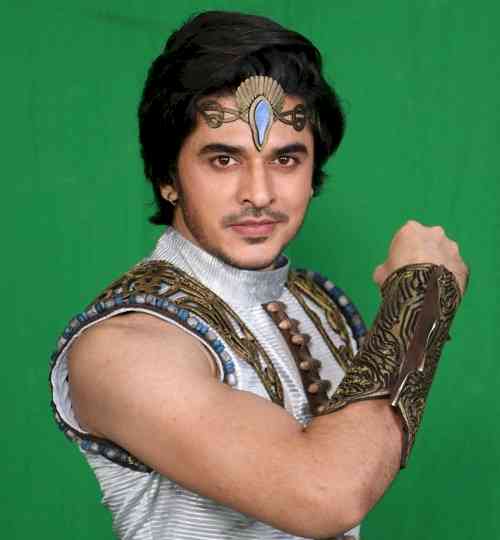 The exciting journey continues in Sony SAB’s magical fantasy show Baalveer Returns with fans set to witness an intriguing development. The evil perpetrators of Shinkai have won as they finally get their hands on Baalveer’s (Dev Joshi) blood to fulfil their evil mission. The upcoming episodes of Baalveer Returns will take the viewers on an exhilarating journey where Baalveer will be seen struggling to save Vivaan’s (Vansh Sayani) life. In a bid to save his brother’s life, Baalveer is forced to agree to Birba’s (Ayesha Khan) terms – the key to save Vivaan in exchange of a vile of Baalveer’s blood.

Baambaal (Vimarsh Roshan), Birba and Ray (Shoaib Ali) now possess the most potent weapon – Baalveer’s blood. The blood once transfused in Ray would create the most powerful enemy that Baalveer has ever come across.

What will Ray’s ultimate transformation bring forth for Baalveer and Vivaan?

Shoaib Ali, essaying the role of Ray said, “I am really excited for this week as I finally will be donning my fantasy look. Ray is a step closer to emerge as the strongest enemy. It has been such an amazing experience so far and this new development in my character will certainly bring new challenges and learning. I am eager to shoot sequences in my fantasy look as so far I have been dressing as a college going boy. I will be interesting to see the intensity of Ray’s powers and what twists the show is set to bring for our audiences. I am sure our fans will like Ray’s new look. It is inspired from the water elements of Shinkai.”

Dev Joshi, essaying the role of Baalveer said, “Baalveer is going through several challenges and his enemy from Shinkai have targeted Vivaan, who is like a brother to Baalveer. For me as an artiste this week was an intense week as things around my character are not working in his favour and he is challenged on several levels. Now that Baalveer has handed over a vile of his blood to Baambaal, things are about to get even more challenging and dangerous. But Baalveer and Vivaan are all set to fight any power that threatens their world. The upcoming episodes are going to be a thrilling ride for our viewers. So, stay tuned.”