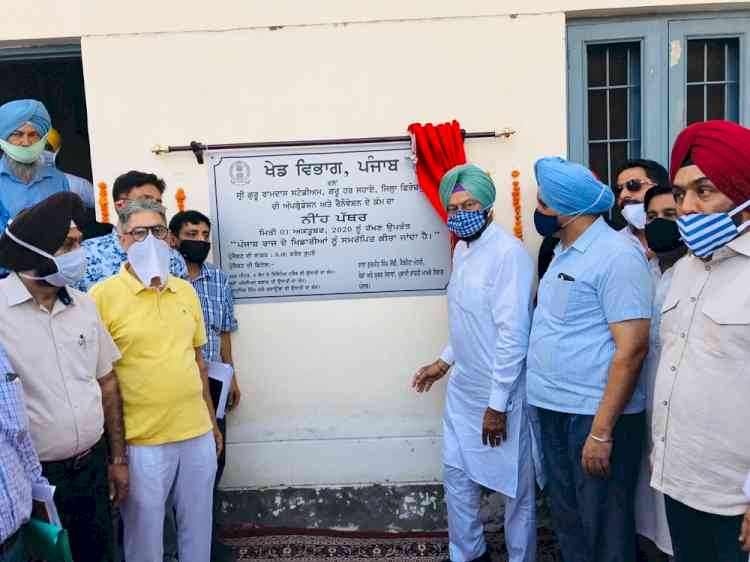 Addressing the brief gathering, Rana Sodhi informed that the sports stadium would be upgraded with more than Rs.8 crore, with which a 400 meter athletic track, 6 lane synthetic track, new pavilion blocks, modern gym and play grounds would be constructed and state-of-the-art sports facilities would be provided to the players of the region.

“State government is continuously making vigorous efforts to promote sports in the state and provide better sports amenities to sportspersons. Construction of new sports stadiums and up-gradation of the existing stadiums in rural and urban areas are being carried out on a war footing”, he added.

Cabinet Minister further said, fulfilling the long-pending demand of hockey lovers, the state government on the birth anniversary of Shaheed-e-Azam Sardar Bhagat Singh, has announced hockey Astroturf at Ferozepur with Rs.5.5 crore, adding that district Ferozepur was known as the nursery and the stronghold of the hockey as this soil has produced hundreds of hockey players as well as hockey Olympians. He said that the laying of Astroturf would be of great benefit not only to the Ferozepur region but also to the nearby districts.

Mohali cardiac surgeon to present case papers in US