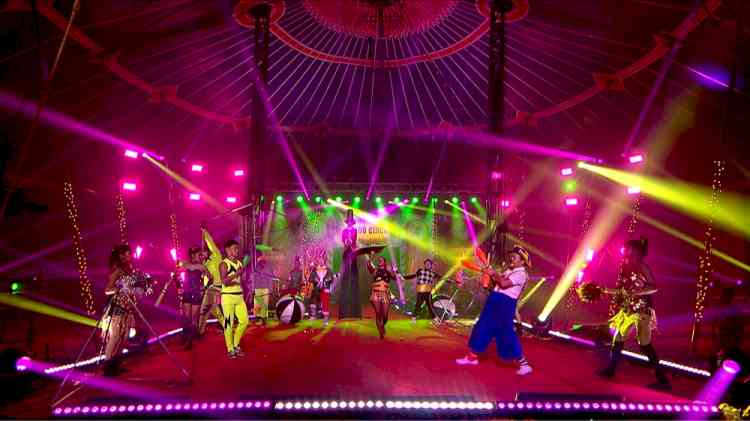 Chandigarh: Rambo Circus, one of the biggest and oldest circus in the country which has been badly impacted because of the Corona crisis with shows coming to a standstill has come up with a unique innovation and for the first time going onlinewith its digitally produced show, 'Life is a circus’ - An ode to the greatest showmanship.From daring trapeze acts to mesmerizing acrobatic stunts, the virtual show promises to be complete family entertainment. The show will be a ticketed event hosted on a virtual platform with the audience watching it from remote locations.

Rambo Circus owner Sujit Dilip, said, “The circus was one of the most preferred outings forkids and the entire familya few decades back. Every kid born in the 80s’ and 90s’ will have some nostalgic memories attached to it. With isolation becoming the new norm, we’re now trying to reinvent the whole experience of watching a circus online. People can buy tickets online from BookMyShow and watch the show from their homes. We are hopeful that the digital revolution will bring lost visibility and respect to the art form.”

Brought to the audience by the narrator, the Show structure and format will weave in a story in the form of a narrative. The narrative would harp on the journey of Rambo Circus itself. It will unravel the acts while highlighting the achievements, struggles, global presence, and the never-ending enthusiasm of the artists that have kept it alive through thick and thin. The grand finale act will culminate into the best of all acts dedicated to the Covid Warriors for their constant effort to combat the pandemic with a special message from the Rambo Circus Artists.

Memories of fair across river in Aligarh: Anup Upadhyay

Daljeet’s character gave me an opportunity to reinvent...