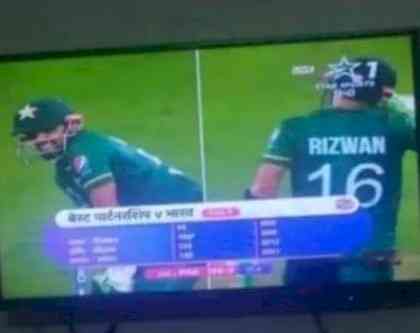 Jaipur, Oct 26 (IANS) A school teacher of a renowned private school in Rajasthan's Udaipur was dismissed from service after she uploaded her whatsApp status celebrating the victory of Pakistan against India in the recent ICC T20 tournament.

The school teacher, identified as Nafeesa Ataari, had uploaded the pro Pakistani status which said 'Jeet Gaye...we won' with a picture of a victory shot. The school is being run by Sojatia Charitable School.

Also, the letter issued by the same on Monday says that the school dismisses the service of Nafeesa Ataari as per the decision taken in a meeting of Sojatia Charitable Trust.

The number of the concerned school officer was switched off when contacted.

Kejriwal doesn't have any character or ideology: Gautam Gambhir

Chandigarh Group of Colleges Jhanjeri gets nod from Bar...