Quality is a national mission; it is one thing that will define brand India: Piyush Goyal at QCI’s silver jubilee celebration

Quality Council of India celebrates 25 years of quality and excellence 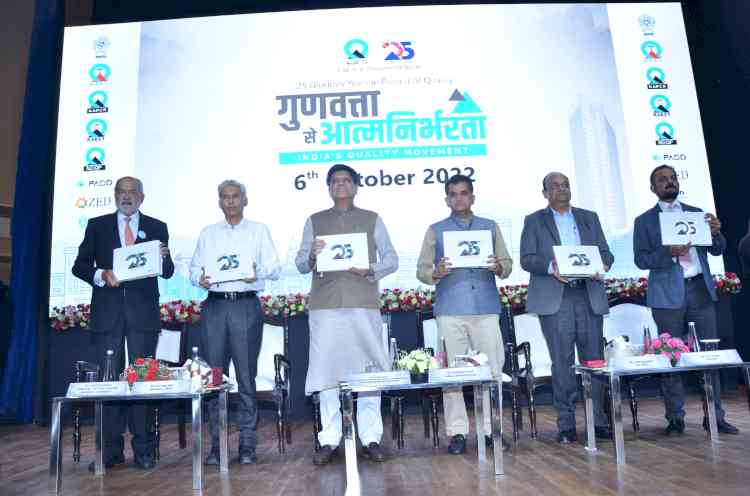 Speaking of the journey that QCI had set upon with the goal of enabling quality of life for India's billion-plus citizens, Adil Zainulbhai extended his gratitude to guests, and commenced the session by stating that the event was a little to celebrate QCI’s achievements, but a lot to do with what it should be doing in the next 25 years. Reiterating the Prime Minister’s vision for India becoming a developed nation by 2047, he reinforced that QCI will have a crucial role to play in achieving it. Some of the key achievements of QCI include measuring the number of toilets built under the Swachh Bharat Mission, the quality of electricity delivered in villages, houses constructed under PM Awas Yojana, gas cylinders delivery under Ujjwala yojana, and the survey of Swachh Bharat for both urban and rural India. While recognizing the contribution made by the young minds in the growth of QCI in past eight years, Zainulbhai stated that: “Young creative minds who have less to no experience, are the strength of QCI, and they can achieve the impossible because they don't know what is not possible.”

Lauding QCI for growing exponentially in the last few years and developing a large bandwidth for activities across the sectors and streams, Hon. Minister Sh. Piyush Goyal said: “With all the festivals coming up, there is no better festival than celebrating India’s quality, and it should become the DNA of every citizen.” Reiterating the 5 Prans as stated by the Prime Minister of India Shri Narendra Modi during his Independence Day address, the hon. minister reemphasized that 'quality' will help us in achieving all of the commitments. Highlighting the importance of quality in building Brand India, Shri Piyush Goyal stated: “Quality is one thing that will define Brand India. The moment you introduce quality parameters in the picture of products, services, and lives- it automatically becomes more reliable.” The Minister also lauded QCI’s contribution in changing the landscape of coal quality testing through accredited agencies in the country. On the same lines, he encouraged QCI to lead the charge for a nation-wide quality mission to transform quality of life of every Indian.

Amitabh Kant, India’s Sherpa to G20 also threw light on India's marquee initiatives like Athithi Devo Bhava, ease of doing business, India Innovation Index, and the Rice Fortification Program that had quality at its core and transformed the lives of people living in the remotest corners of the country. Envisioning India as the 3rd largest economy by 2030, Kant stated that: “We’ll become 3rd largest economy soon; we are ensuring that we have houses, electricity, cylinders, and focus on providing high-quality products and services gives rise to massive competitive advantage to us… Quality has to become a part of our bloodline. It is the only basis India can achieve growth by 2047”.

Renowned musician Sukhwinder Singh composed a special anthem for the occasion that celebrates the positive change brought into people’s lives via multiple avenues. A coffee table book and the 7th Edition of QCI DL Shah Quality Best Practices Book were also launched, highlighting India’s progress towards development, improving the lives of billions of Indians and QCI’s contribution towards the same goal.

Anurag Jain, Secretary, DPIIT, shared his views about India’s journey of phenomenal growth towards quality and productivity, and QCI’s significant role in it. Sh. Jain recognized QCI’s contributions in setting up standard operating procedures which have helped in the transformation of processes of the Food Corporation of India (FCI), including live surveillance systems piloted by QCI for monitoring food grains through a tech-enabled approach that has helped bring in greater transparency in public service delivery. He also lauded QCI’s initiative in helping DPIIT incubate the Open Network for Digital Commerce in a mission mode at QCI. The revolutionary initiative of ONDC has the potential to disrupt e-commerce like UPI did for the payments ecosystem in India. The project shall serve as a game-changer for small retailers.

The inaugural session ended with Dr. Ravi P Singh, Secretary General, QCI extending the gratitude of entire QCI to everyone who has been instrumental in the success of the organisation in the last 25 years and who have pledged to support QCI in its endeavours to make India a developed country by 2047 on the foundations of quality and agility.

Blue Dart wins the Social Impact Award at the ACEF Asian Leaders Awards for its... 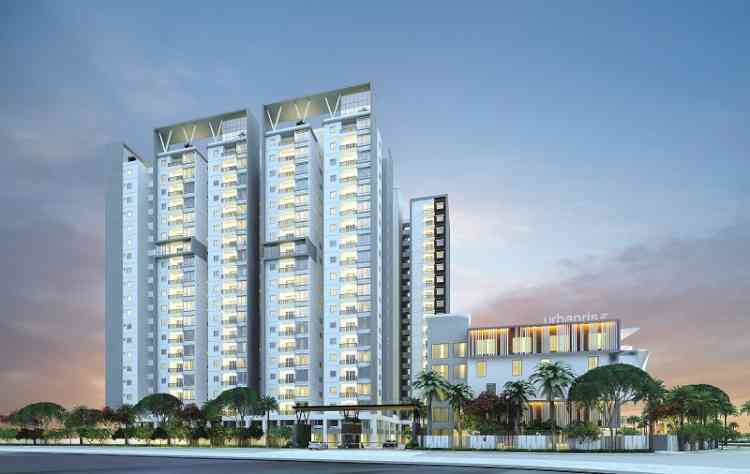