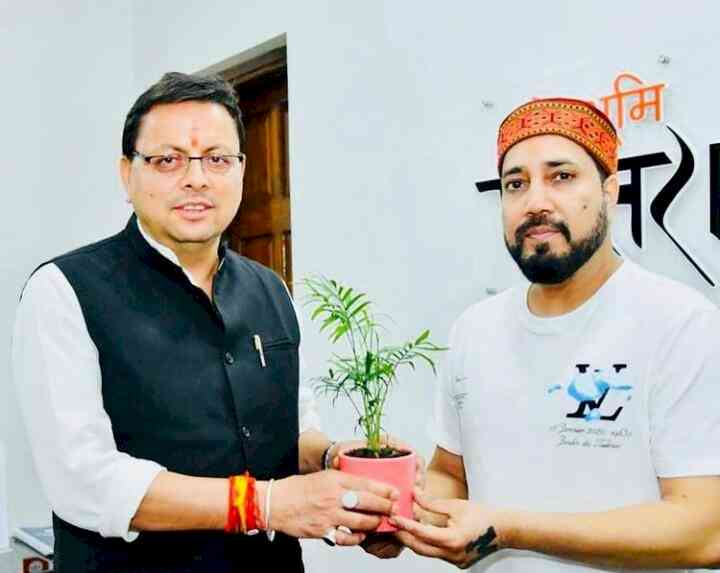 Bollywood’s hit machine singer Mika Singh is known for a swanky and grand lifestyle. Whether it is about expanding horizons for Punjabi music industry to Bollywood or wearing sunglasses day and night, Mika has never been shy of striving for something new in every aspect. However, this lifestyle of living king size does not affect the true nature of this superstar. He is known as a true friend among his close circle. Recently during his short visit to Mussoorie, he invited a few of his close friends for a mini-break from the hectic everyday life.

The singer was seen enjoying leisure time on his ‘workcation’ while playing snooker at Welcomhotel The Savoy, with Vindu Dara Singh, Akanksha Puri, Mansi Bagla, Varun Bagla and more. Whilst this time during the trip, he was also seen with Pushkar Singh Dhami, Chief Minister, Uttarakhand.

Mika said, “I had an exceptional time in Mussoorie. We had a show and while at it, I thought of calling some close friends there. It was a good decision as we all enjoyed so much. It was a break much needed for all of us. Everyone has been so mentally exhausted due to the ongoing pandemic that we barely get to see each other and spend some relaxing moments together. It was a refreshing mini-break. I was also delighted to meet the humble and down to earth Pushkar Dhami ji, Chief Minister of Uttarakhand.”

After a successful show in Mussoorie, the superstar was seen visiting the famous Paonta Sahib Gurudwara to seek blessings. He posted a video of his visit at the gurudwara writing “I first visited Mussoorie and then Dehradun. I felt as if I have come so far, I would love to be blessed by the ‘etihaasik’ Gurudwara Paonta Sahib. Please have darshan. Nanak naam chardikala, Tere bhane sarbat da bhala.”